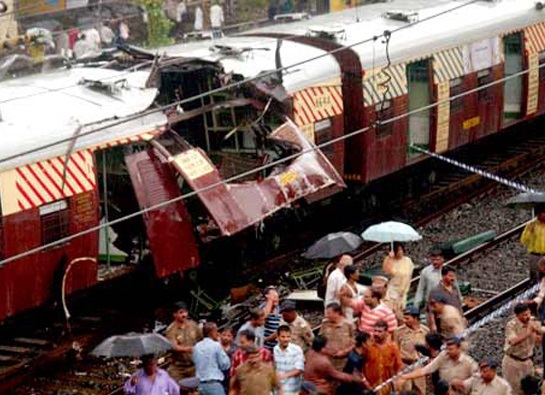 In a much awaited judgement , a Mumbai sessions court pronounced death sentence to five out of 12 convicted in 2006 serial train blasts. Seven other convicts have been sentenced to life imprisonment. The prosecution had sought death for eight people.

Special public prosecutor Raja Thakare had sought death for bomb planters Ehtesham Sidduiqui, Asif Khan, Fai sal Shaikh, Naveed Khan and Kamal Ansari. In addition to the five accused for planting the bombs, death has also been sought for key conspirator Dr Tanveer Ansari, Mohammed Ali, who provided his house in Govandi for bomb-making, and Sajid Ansari, who made timers and the electric circuit used in the bombs.

The anti-terrorism squad (ATS) said the suspects were linked to the banned Students Islamic Movement of India and were helped by Pakistan-based terrorist group Lashkar-e-Taiba (LeT) to hatch the conspiracy that prompted New Delhi to freeze peace talks with Islamabad.

A chargesheet filed by the ATS in November 2006 named 30 people but four Indian suspects and all 13 Pakistani accused, including key conspirator and LeT commander Azam Cheema, are on the run.
189 people were killed and many others injured when a series of powerful bombs exploded in first class coaches of Mumbai’s suburban trains on July 11, 2006.