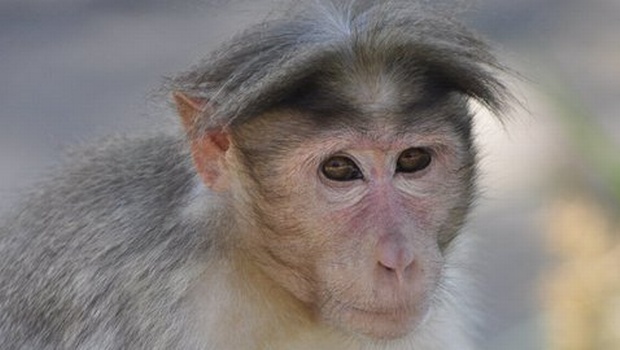 A new study has revealed that monkeys and humans see visual illusions in a similar way.

According to researchers at Georgia State University, humans and monkeys perceive and misperceive the world similarly, which reflects resemblances in these species’ perceptual systems and their interpretation of their physical worlds.

In the first experiment, monkeys and humans completed a computer task that required them to choose the larger of two central dots that were sometimes surrounded by the Delboeuf rings.

In the second experiment, monkeys and humans played a computer game in which they were required to classify a central dot as small or large.

This showed that the context created by the ring, which was supposed to be ignored, generated a visual illusion. Monkeys and humans alike misperceived dot size depending on outer ring size.

Researcher Audrey Parrish said that the results showed that humans and monkeys share similarities in their perceptual systems, adding that they perceived and misperceive some types of physical stimuli in similar ways.
Parrish concluded that monkeys were an appropriate model for studying human perception and that contextual cues affect perception in ways that are shared across species.

The study is published in the Journal of Experimental Psychology: Animal Learning and Cognition.