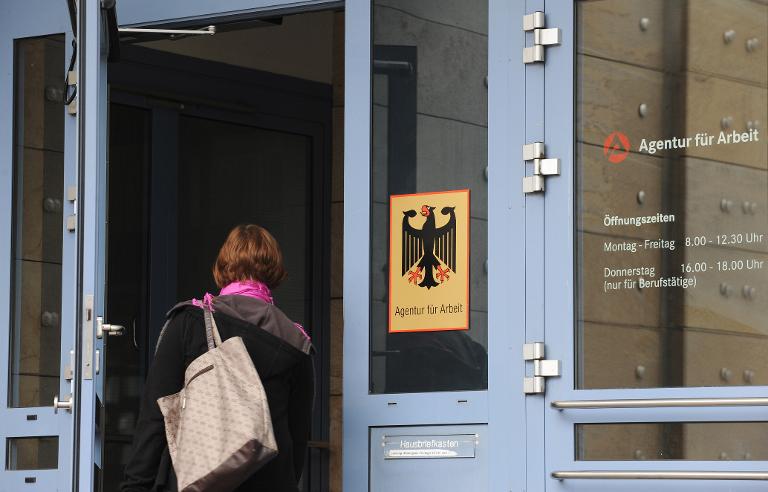 German unemployment remained at historically low levels in September as the recovery in Europe’s biggest economy continued on track, data showed on Wednesday.

The German unemployment rate — which measures the jobless total against the working population as a whole — stood at 6.4 percent in September, unchanged from August and the lowest level since west and east Germany reunited in 1990 after the fall of the Berlin Wall the previous year, the Federal Labour Office said in a statement.

In concrete terms, the number of people registered as unemployed in Germany edged up by a seasonally-adjusted 2,000 to 2.795 million, the Federal Labour Office said.

That was slightly more than expected, as analysts had been pencilling in a decline of around 5,000.

In raw or unadjusted terms, the jobless total decreased by 87,500 to 2.708 million and the unemployment rate fell ton 6.2 percent in September from 6.4 percent in August, the labour office noted.

But unemployment tends to fall in the autumn as students who have signed on for the summer holidays go back to school or college or find training places.

“The latest indicators point to similar momentum in the third quarter as well .. (and) the labour market continues to develop favourably,” it said.

ING DiBa economist Carsten Brzeski said the slight rise in the seasonally adjusted jobless total should not be overrated.

“This is probably the effect of the summer vacation ending in September in more regional states than normally and not a sign of a structural weakening of the labour market,” the expert said.

“Looking ahead, and despite the uncertainty stemming from the Volkswagen crisis, the prospects for the German labour market remain bright,” Brzeski predicted.

VW is engulfed in a global scandal after it admitted fitting pollution-cheating software into 11 million diesel cars worldwide. The cost of the scandal is still incalculable and could have a negative effect on the wider economy given the size and importance of the company, some observers warn.

“All in all, the German labour market will remain an important growth driver this year and beyond,” Brzeski said, adding that the challenges would increase, not least due to the huge influx of refugees, who would need to be integrated into the labour market.

“Special effects could begin to start weighing on the labour market towards the end of the year,” he said.

The VW scandal “could lead the carmaker and the suppliers that work closely with it to scale back their hiring plans,” Kipar said.

While that alone would not lead directly to a rise in the jobless total, “the high number of refugees could” as it would take some time before their asylum applications could be processed, allowing them to find work, the economist said.

But the robustness of the labour market and the strength of consumption would ensure the economy continues to grow and create jobs, he argued.