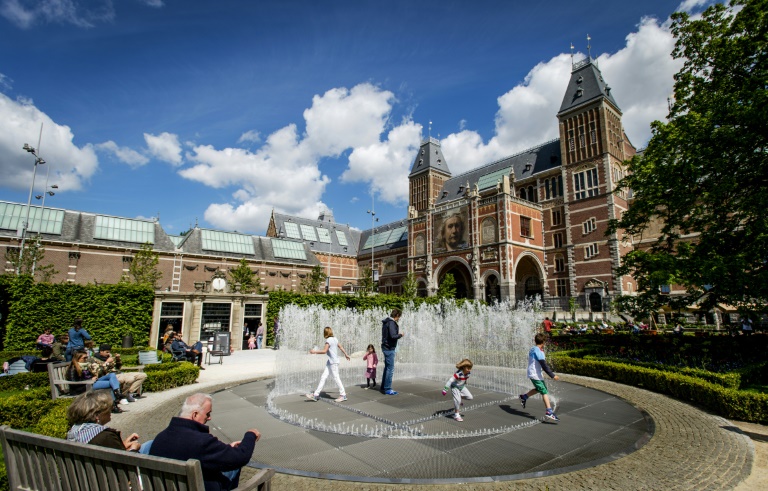 The Netherlands and France will together buy two rare Rembrandts for a total of 160 million euros, the Dutch culture minister announced Wednesday after the two states defused a potential bidding war.

The 17th-century paintings, which currently belong to the wealthy Rothschild banking family and have rarely been seen in public, will alternate between the Rijksmuseum and the Louvre, Jet Bussemaker said in a letter to the Dutch parliament.

“We believe these two rare portraits should always be allowed to be admired together, alternately between the Rijksmuseum and the Louvre, so they are accessible to the broader public, both young and old,” she said, adding that the deal was agreed by Dutch Prime Minister Mark Rutte and French President Francois Hollande at the United Nations this week.

Wrangling over the two full-length portraits of a young couple painted by the Dutch master shortly before their wedding in 1634 had threatened to sour relations between the two European allies.

Bussemaker revealed on Friday that the Dutch government was willing to stump out half the 160 million euro ($190 million) price tag, with the remaining 80 million euros to be found by the Rijksmuseum in Amsterdam.

But her French counterpart Fleur Pellerin had said the day before that Paris had submitted an offer to acquire one of the portraits for the Louvre, and that the paintings would alternate between the two museums.

After “intensive” discussions with Paris over the last few days, the Dutch cabinet decided to agree with France to share the costs “given our combined interests”, Bussemaker said.

The portraits of Maerten Soolmans and Oopjen Coppit are believed to be in the collection of Eric de Rothschild.

The artnet website said they have been viewed publicly only once in the past 150 years, and Bussemaker has already stressed the importance of finally putting them on public display.