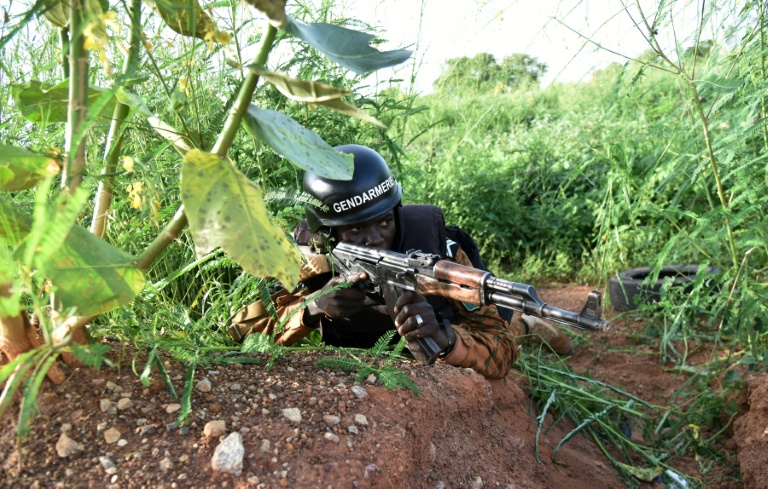 Heavy firing erupted Tuesday at the barracks of an elite military unit which staged a short-lived coup in Burkina Faso as their leader asked his troops to lay down their arms to “avoid a bloodbath”.

The Burkinabe military meanwhile warned it was giving the failed putschists “yet another chance” to give up their weapons in line with a peace deal mediated by regional powers.

An AFP journalist said dust was rising in the sky above the Naaba Koom II barracks in the capital Ouagadougou next to the presidential palace following heavy weapons fire at the barracks where the RSP presidential guard have been holed up.

“A last chance was given to the former presidential guard and we are giving them yet another chance to surrender to avoid a confrontation,” said Lieutenant Colonel Aziz Ouedraogo, an army spokesman.

He said around 300 soldiers had ringed the barracks, adding there “have been no clashes we are just positioned and awaiting orders.”

Coup leader General Gilbert Diendere told AFP that an assault by government troops on the barracks was “over” and that he was ready to face justice.

“I am not in the camp … I will put myself at the disposal of my country’s judiciary,” he said, speaking over the telephone.

But the military said the attack was at an “advanced stage” and had not finished.

Diendere also asked his men to surrender in a message cited by Omega radio station.

“I am asking elements of the RSP to lay down their arms to avoid a bloodbath,” Omega quoted Diendere as saying.

Ougadougou airport was shut down Tuesday as troops locked down the area around the barracks of the RSP, who were officially dissolved after they abandoned their September 17 coup.

All flights were cancelled and the airport, which is located near the city centre, would remain shut until further notice, an aviation source told AFP.

Although the unit abandoned its attempted coup last week, the guards have failed to lay down their weapons and remained inside their barracks, prompting a new standoff with the government.

In a sign of escalating tensions, troops on Tuesday morning deployed all around the barracks with armoured cars and pickup trucks, while soldiers equipped with machineguns and rocket-propelled grenades were stationed at several intersections, an AFP correspondent said.

The lockdown appeared to be an attempt to exert pressure on the unit’s leader, Diendere, a former close ally of ousted strongman Blaise Compaore.

The RSP, which is made up of some 1,300 crack troops and is loyal to Compaore, had detained interim President Michel Kafando and Prime Minister Isaac Zida on September 16.

A day later, they installed Diendere, Compaore’s former chief of staff, as the new leader.

But following nearly a week of international pressure, the putschists gave up, accepting a peace deal brokered by the ECOWAS west African regional bloc under which the interim leadership would return, and the coup plotters would stand down with their safety and that of their families guaranteed.

Also on Tuesday, troops arrested Djibril Bassole, who served as foreign minister under Compoare and had been expected to run in presidential elections that had been slated to take place on October 11, sources told AFP.

A security source told AFP the arrest was “in connection with the coup”, with a military source confirming the information.

The government had accused Diendere of seeking to mobilise “foreign troops and jihadists” to help him.

Despite the lockdown, life in the capital had by Tuesday morning regained some sense of normalcy after a call on Saturday for a general strike was suspended.

Even so, the education minister decided to delay the start of the new school year by a week to October 8.

The government had on Monday accused the RSP of a string of offences including taking soldiers hostage and holding back RSP troops “wanting to join the voice of reason”.

And the chief of staff said the peace deal had hit an “impasse” over the guards’ refusal to “to follow the disarmament by creating incidents and attacking personnel charged with this mission”.

A RSP source told AFP that the process of disarming had been held up because a government pledge to ensure the safety of the putschists and their families was not being respected.

The peace deal also called on troops who had converged on Ouagadougou to withdraw 50 kilometres from the city, but they had not, he added.

At least 10 people were killed and more than 100 injured in protests triggered by the coup, which came just weeks before the first elections scheduled to be held since Compaore’s 2014 ouster after 27 years of iron-fisted rule.

The African Union meanwhile lifted a suspension of Burkina Faso as well as a travel ban and asset freeze on junta leaders, but warned that they would be reinstated if the RSP “tries to hold up the transition process”.

According to the government, the coup has cost the poor west African country 50 billion CFA francs (75 million euros,$ 84 million).