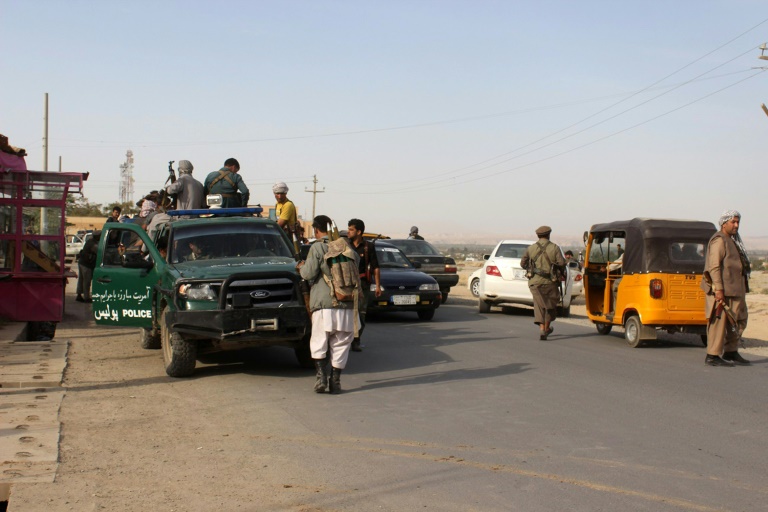 Afghan troops backed by US air support launched a counter-offensive Tuesday to retake Kunduz, a day after Taliban insurgents overran the strategic northern city in their biggest victory since being ousted from power in 2001.

Insurgents advanced late evening on the outlying airport, where government forces retreated after the fall, with heavy fighting erupting near the premises as army reinforcements trickled into the city.

The Taliban had captured government buildings and freed hundreds of prisoners on Monday, raising their trademark white flag throughout the city.

The stunning fall of the provincial capital, which has sent panicked residents fleeing, dealt a major blow to Afghanistan’s NATO-trained security forces and highlighted the insurgency’s potential to expand beyond its rural strongholds.

US forces also conducted an air strike in Kunduz province on Tuesday, a NATO statement said, without specifying the target.

Precise losses in the fighting were not known but the Afghan health ministry said hospitals in Kunduz had so far received 16 dead bodies and more than 190 wounded people.

Insurgents were closing in on the airport late Tuesday, but were partially repelled by new aerial bombardments, according to an AFP reporter at the scene.

The Afghan spy agency said the air strikes near the airport killed Mawlawi Salam, the Taliban’s “shadow governor” for the province, along with his deputy and 15 other fighters.

Deputy Interior Minister Ayoub Salangi earlier said that security forces were ready to retake the city and vowed to investigate how the Taliban managed to seize a major urban centre for the first time in 14 years.

The defence ministry claimed that the police headquarters and city prison had been retaken, after marauding insurgents freed hundreds of prisoners including some Taliban commanders.

But several other government facilities, including a 200-bed local hospital, were still under Taliban control.

President Ashraf Ghani in a televised speech said the Taliban were using civilians as human shields, which was hampering the efforts of security forces.

“We are scared of leaving our homes, scared of being beaten by the Taliban,” said Sadiqa Sherza, head of Roshani Radio, a Kunduz media network focused on women’s issues.

“There’s no electricity, no water, and ration shops are all closed,” she said, adding that insurgents had burned down the radio station.

The Taliban’s incursion into Kunduz, barely nine months after the NATO combat mission concluded, raises troubling questions over the capacity of Afghan forces as they battle militants largely on their own.

“The upshot is that Afghan forces, despite their many improvements in recent years, remain a work in progress,” said Michael Kugelman, Afghanistan expert at the Washington-based Woodrow Wilson International Center for Scholars.

“And given the extent of the Taliban threat, work in progress isn’t good enough.”

The fall of the city coincides with the first anniversary of President Ghani’s national unity government coming to power, as it struggles to rein in the ascendant insurgency.

It will undoubtedly boost the image of new Taliban leader Mullah Akhtar Mansour within insurgent ranks as he seeks to draw attention away from internal rifts over his leadership.

Kunduz province, which borders Tajikistan and is a major transport hub for the north of the country, could offer the Taliban a critical new base of operations beyond their traditional southern strongholds.

“In the long run, we may not be able to retain control but this victory will dispel the Afghan government’s belief that we are strong only in areas bordering Pakistan,” a prominent Taliban commander told AFP on the condition of anonymity.

The Islamist group has been largely absent from cities since being driven from power by the US and its allies, but has maintained often brutal rule over swathes of the countryside.

The Taliban stepped up attacks during a summer offensive launched in late April against the Western-backed government in Kabul.

Meanwhile, Afghanistan’s thinly spread security forces are also having to deal with the threat from the self-styled Islamic State group, which is looking to make inroads in the troubled country.

The two groups — both with blood-curdling brands of Islamic fundamentalism — are seen as engaged in a contest for influence in Afghanistan.

After years of costly involvement, most NATO troops pulled back from the frontlines by the end of 2014, although a residual force of around 13,000 remains for training and counter-terrorism operations.