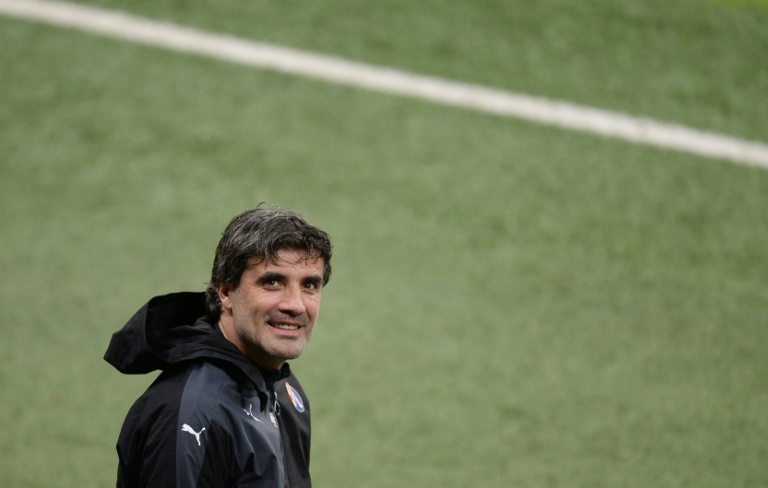 Dinamo last lost in November 2014 and have since swept the Croatian league and Cup, plus they opened their Champions League account with a shock 2-1 win at home to Arsenal a fortnight ago.

Mamic’s side faces the biggest test of their impressive run at the Allianz Arena, where Bayern won all six home games in Europe last season, even beating eventual champions Barcelona.

Pep Guardiola’s side has won all nine matches in all competitions so far this season.

“It is a privilege for me and my team to be here,” said Mamic.

“We are going to play against the best team in the world. We know how strong they are, but they are human beings like us.

“We have a vision for the game. We will have to play defensively, but not just defensively. We want to try to attack and if possible score a goal.

“We will try to be dangerous and we will give our all to get a good result.

“Bayern are very dangerous. We will have to be 300 percent concentrated and alert.

“Forty-five games in a row without losing is very nice. We all hope after the Bayern game it will be 46 in a row.”

Bayern’s Germany centre-back Jerome Boateng says Dinamo’s run is “impressive”, but those made to be broken.

The German league leaders will field a strong side, even with wingers Arjen Robben and Franck Ribery sidelined, while midfielders Arturo Vidal and Sebastian Rode are doubtful.

Guardiola says Bayern will not underestimate Dinamo in the battle for top spot in Group F.

“They have gone 45 matches unbeaten; there is not much more you need to say about this Dinamo side,” he said.

“You would expect Arsenal to have beaten them on matchday one, but after 30 minutes I could see how strong Dinamo were â€“- very good in defence, with the players very disciplined in holding their positions.”

As for his star striker, the demanding Guardiola says he expects more.

“I am very happy with Robert Lewandowski â€“- his passing, his scoring â€“- but of course I want more.

“I hope he will score again in this game, but I am happy with him even when he doesn’t score, provided he is playing the way I want him to.”