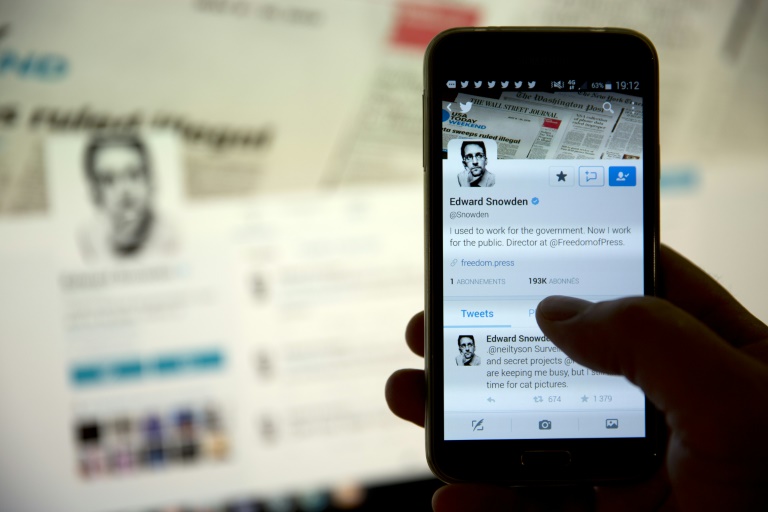 Former US intelligence contractor and whistleblower Edward Snowden joined Twitter Tuesday, picking up more than a quarter of a million followers on the social network in just over two hours.

Snowden followed a single Twitter account: the US National Security Agency, from which he stole electronic documents revealing the agency’s secret surveillance programmes.

“Can you hear me now?” he asked in his first tweet, which was quickly resent by Twitter users tens of thousands of times.

In his second, Snowden noted the recent news about the planet Mars and then quipped about the difficulty he had finding asylum after the US government fingered him as the source of the NSA leaks.

“And now we have water on Mars!” he wrote. “Do you think they check passports at the border? Asking for a friend.”

Snowden has been living in exile in Russia since June 2013.

His Twitter account, @Snowden, has been certified by the San Francisco-based company, which has more than 300 million active users worldwide.

“I used to work for the government. Now I work for the public,” Snowden said in his Twitter profile, which identifies him as a board member of the Freedom of the Press Foundation.

The authenticity of the account was also verified by The Intercept, the online newspaper run by investigative reporter Glenn Greenwald, who won a Pulitzer for articles published in The Guardian based on documents provided by Snowden.

Snowden will write and manage his own account, his lawyer, Ben Wizner, told The Intercept.

The US government has charged Snowden with espionage and theft of government property, crimes for which he could be imprisoned for 30 years if found guilty.