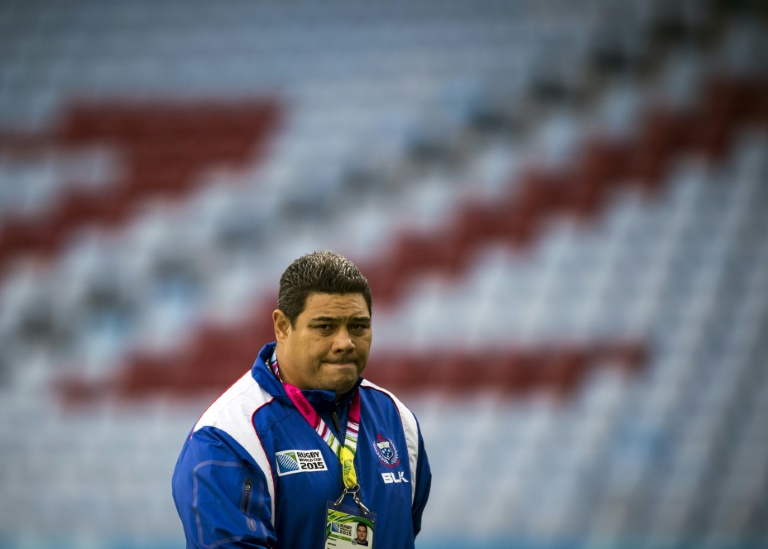 Samoa coach Stephen Betham cast his side as the underdogs for Saturday’s crunch must-win World Cup Pool B game with Japan admitting the Pacific islanders’ backs were against the wall.

Both sides go into the game following a heavy defeat, Samoa losing 46-6 to South Africa on Saturday and the ‘Brave Blossoms’ were at the hands of a 45-10 whipping by Scotland last Wednesday.

However, while ordinarily Samoa would still be seen as favourites in a duel with Japan, as they have more players playing in the top level leagues than Saturday’s opponents, Betham justifies his underdog tag by the manner in which the Japanese played in causing the greatest upset in World Cup history: the 34-32 victory over two-time world champions South Africa.

At present Scotland top the pool with 10 points followed by the Boks on seven and both Japan and Samoa level on four points at the halfway stage.

“So far we have had our ups and downs,” said Betham, whose side opened with a 25-16 win over the United States.

“We are feeling the pressure now at the halfway stage.

“Our backs are against the wall now and it will be all hands on deck for this game against Japan.”

Betham, who will hope his side keeps the impeccable discipline they showed against the Americans but which dissolved when confronted by the physically intimidating Boks, said he was proud of how his team kept on coming up with the goods despite the size of their country.

“There’s always the chance of that happening,” he said referring to causing an upset against the Japanese.

“We’re up for it and we will take the opportunity if it comes our way for sure.

“We are a small country of 180,000 people. We are a country that punches well above our weight but we are a family, you never forget your roots.”

For Samoan veteran fly-half Tusi Pisi it was a case of moving on quickly from the South Africa hammering and focussing on bouncing back against Japan, thereby maintaining their hopes of reaching the quarter-finals.

“We are disappointed with the result against South Africa but we need to park that and leave it in Birmingham and move forward,” said Pisi.

“It’s a massive occasion for us and for what you call the minnow nations.

“It really gives us the opportunity to stand up against the big teams and show them what we are made of. It’s a rare opportunity.”

Betham, a down to earth and jovial character, said that he had taken his players minds off rugby after their disappointing game with South Africa by entertaining them with a bit of basketball.

“I put on my basketball skills with the boys today and showed them what the sport’s all about, more importantly, I showed them how it’s done,” said Betham.

“I think they enjoyed it. I represented Samoa in the 1991 South Pacific Games,” added Betham, who has a less athletic physique these days.