Home World Putin does not rule out Russian strikes in Syria 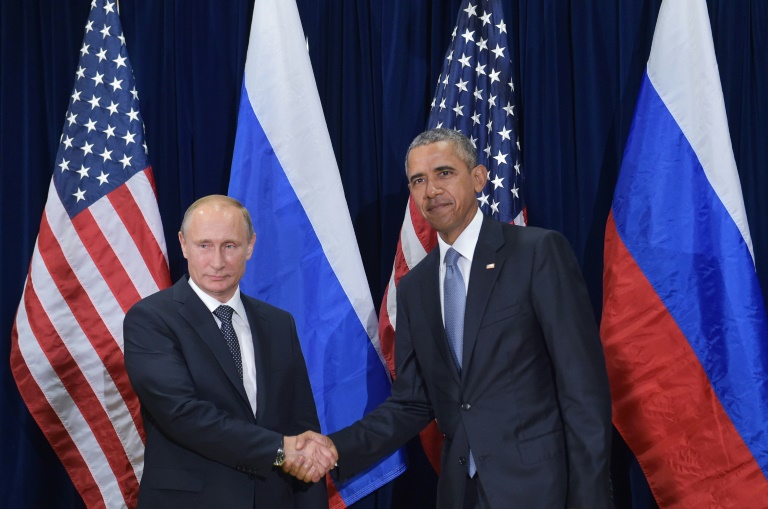 President Vladimir Putin said Monday that Russia had not ruled out air strikes in support of Syrian leader Bashar al-Assad’s forces in their battle against jihadist rebels.

“We are thinking about it. We don’t rule anything out. But if we are to act it will only be fully respecting international legal norms,” he told reporters at the United Nations in New York.

Those norms, he said, require strikes be requested by the country’s government or authorized by a UN Security Council resolution, unlike those being carried out in Syria by a US-led coalition.

As for ground forces, Putin said they would not be used.

“We are thinking about how to additionally help the Syrian army,” he said, after meeting US President Barack Obama. “In terms of ground troops … there can be no talk of Russian involvement.”

Putin said he and Obama had agreed to pursue talks about how the actions of their militaries can be better coordinated to avoid accidental encounters in the field.