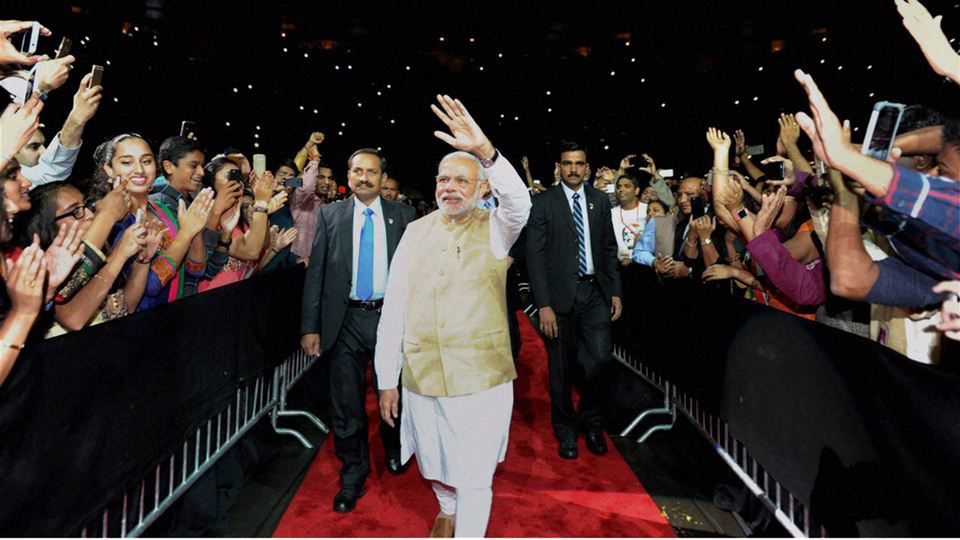 Prime Minister Narendra Modi has been received almost “like a star” at most of the events and parties that he attended during his five-day American trip: That’s how an editorial in Pakistani daily describes Modi’s US sojourn.

An editorial in The Nation on Monday said that everyone loves a good old showdown between politicians – but in the case of Prime Minister Nawaz Sharif versus his Indian counterpart Modi, “we have our backs to the wall”. “While Modi is received like a star is attending events and parties, PM Sharif only has the UN platform to make an impact. The odds are stacked against Pakistan,” said the daily.

Modi is the first Indian leader to visit the US West Coast in more than 30 years. He also attended a dinner with 350 business leaders where Indian-born CEOs of Microsoft Corp, Google Inc and Adobe Systems Inc moderated a panel.

He has also sought to encourage some Indians who have thrived around Silicon Valley to bring their knowledge back home.

Emphasizing that Pakistan must watch Modi’s “gait and gestures”, the Pakistani daily says:

What is Nawaz Sharif doing? Modi has been focused on connecting with the Indian diaspora in the US, while Nawaz Sharif was considering speaking to the US President in Urdu, to give our national ego a boost. It almost sounds like a joke. Increasingly, Pakistan has nothing to offer to the west, including personality and charisma.

Calling for a drastic improvement of the Pakistani image in the west, the daily said:

The US is helping India get armed to the hilt and soon we will lose our only advantage- our military strength. And that is Modi’s aim – the political and military dominance of India. He has a plan? Do we?