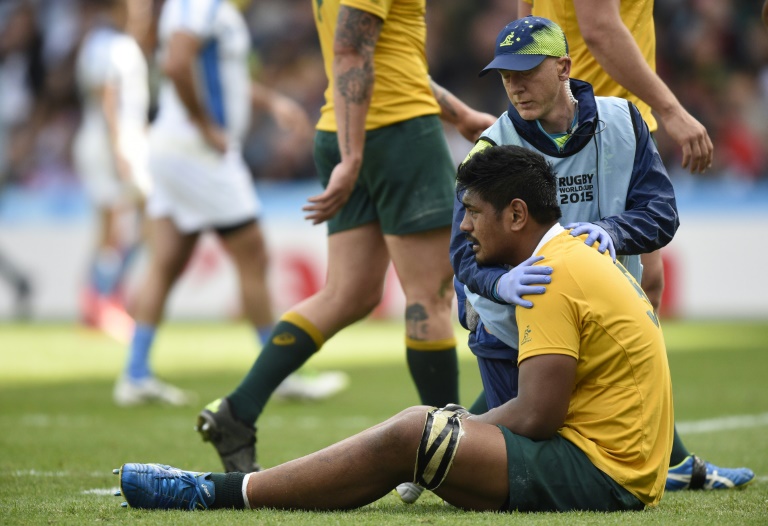 Australia Tuesday called up James Hanson and Sam Carter to their squad after Wycliff Palu and Will Skelton were ruled out of the Rugby World Cup with injuries sustained in the victory over Uruguay.

Palu, who missed the Wallabies’ opening game against Fiji, picked up a hamstring strain while Skelton sustained a pectoral muscle injury during Sunday’s clash at Villa Park in Birmingham that Australia won 65-3.

Coach Michael Cheika said he was “really gutted” for the pair, who both underwent scans on Monday.

“From a team perspective, they both play important roles in the side and it is disappointing that we need to replace players in our squad,” he said.

Cheika said he was confident that Hanson, who has 10 caps for Australia, and Carter, who has 12, would be able replacements for the duo.

“Both James and Sam have been part of the team at various stages this season and I am confident they will be able to step up and grasp the opportunity they have been given,” he added.