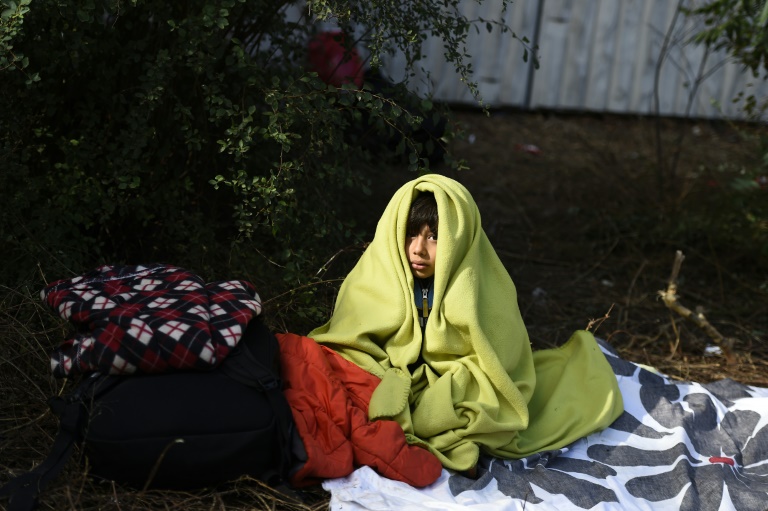 Germany toughened rules Tuesday for asylum seekers from the Balkans as Europe struggled to cope with a record surge in migrants, with those crossing the Mediterranean exceeding the half a million mark.

Berlin added Albania, Kosovo and Montenegro to a list of so-called safe origin countries, which will result in swifter deportations for asylum seekers from those conflict-free states, in a bid to free up resources to deal with claims from citizens of war-torn countries such as Syria.

Germany’s open-door policy to Syrians has sparked clashes with eastern EU member states, in particular Hungary, which has adopted the opposite strategy of sealing off its borders to migrants.

It is also starting to affect Chancellor Angela Merkel’s popularity according to recent opinion polls, with members of her own conservative bloc among those criticising her approach.

Hungary’s prime minister was preparing to defend his hard line at the UN General Assembly, as the number of migrants arriving via the Mediterranean reached nearly 515,000, according to the UN refugee agency (UNHCR).

Fifty-four percent of the arrivals were men, women and children escaping the four-year civil war in Syria, also a hot topic among world leaders meeting in New York this week.

At the same time, 2,980 people have perished or disappeared trying to make the perilous journey in often packed and unseaworthy vessels operated by profit-hungry people traffickers.

Highlighting the dangers, the Italian coastguard said late Monday that it had coordinated the rescue Monday of 1,151 migrants in 11 separate operations off the coast of Libya in north Africa.

“Many are suffering from shock,” the Medecins Sans Frontieres (MSF, Doctors Without Borders) charity, whose ship Dignity 1 saved 373 people, said on Twitter with a photograph of a distressed six-year-old boy.

The Libyan coastguard too reported that it rescued 346 migrants on Tuesday, almost 100 of them women and children, found adrift on rubber boats off the country’s coast.

The risks taken by migrants extended beyond the sea to the road.

A 20-year-old Iraqi was found dead Tuesday in a lorry near the French port of Calais, crushed by pallets as he tried to reach Britain.

From Greece, many of the migrants travel up through the western Balkans and into EU member Hungary, bound for northern Europe, particularly Sweden and Germany.

Hungary, which has seen close to 300,000 migrants cross its borders this year, on September 15 sealed its border with Serbia, the main entry point to the European Union.

The move has diverted the flow of migrants to Croatia, overwhelming authorities there who have been transferring them back to its border with Hungary.

But Hungarian Prime Minister Viktor Orban, who has come in for major criticism in recent months, said last week that he also intended to seal his country’s border with Croatia.

Orban said however that he plans first to consult UN chief Ban Ki-moon, whom he intends to meet in New York this week.

Hungary’s use of fences and its treatment of migrants — there were serious clashes on September 16 between police and migrants — has been sharply criticised, including by Ban.

Reacting to those disturbances, Ban said he was “shocked to see how these refugees and migrants were treated”. Hungary’s foreign minister rejected the criticism by Ban and others as “shocking”.

Hungary has also made it a crime punishable by up to five years in prison to cross the border illegally, while giving the army the right to patrol the border and use rubber bullets.

Hungary is also building a barrier along its border with Romania, and last week briefly put in place barbed wire along its frontier with Slovenia, the first such measure inside the passport-free Schengen zone.

Orban, who opposes an EU scheme approved last week to share out 160,000 migrants via mandatory quotas, plans to use his speech at the UN to call for “global quotas”, the government said Tuesday.