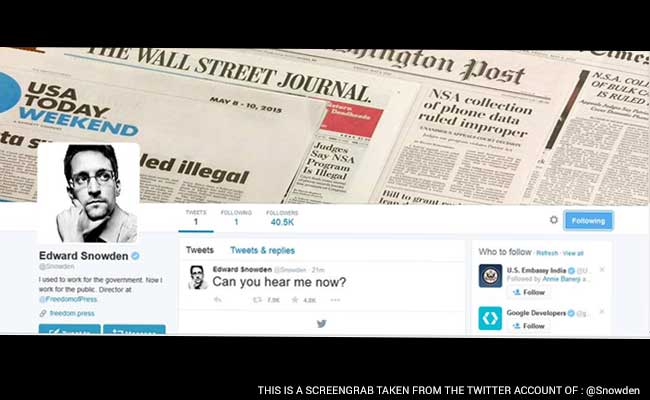 Former US intelligence contractor Edward Snowden has debuted on Twitter with a powerful first post: “Can you hear me now?”

Can you hear me now?

That tweet might be a jab at the only account @Snowden is following: @NSAGov, the official account for the National Security Agency, his former employer and the organization from which Snowden leaked classified documents in 2013.

The account, which is verified by Twitter, has a bio reading, “I used to work for the government. Now I work for the public. Director at @FreedomofPress.”

Within 15 minutes of his first and only post on his account, it has already been retweeted over 5000 times and favourited over 3000 times.

His account, opened recently, already has more than 22000 followers.

Edward Snowden is currently residing in Russia which granted him asylum in 2013.

The White House in July had rejected a petition to pardon Mr Snowden, saying the fugitive should return to the United States and “be judged by a jury of his peers” for leaking US government secrets.