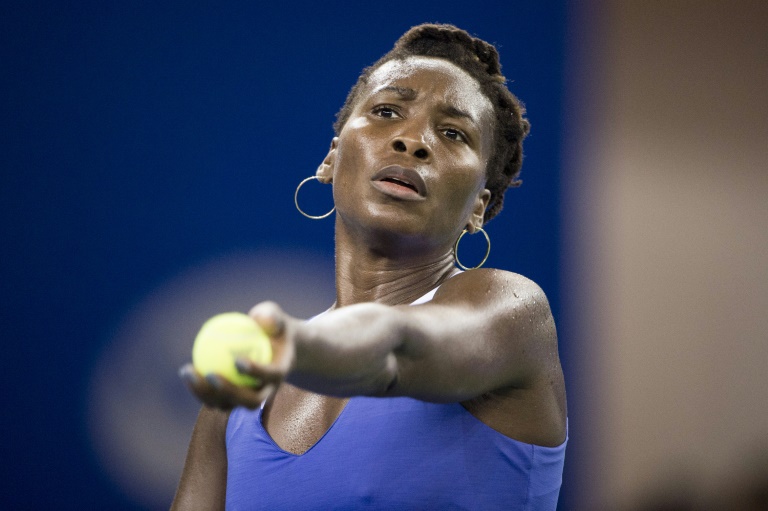 Caroline Wozniacki complained of dizzy spells on Tuesday as she joined Victoria Azarenka on the long list of casualties at the Wuhan Open, which has been badly hit by upsets and retirements.

A day after Maria Sharapova and Eugenie Bouchard both withdrew with injuries, Wozniacki, Azarenka and Belinda Bencic all had medical problems as the end of a long season nears.

Wozniacki, the former world number one from Denmark, called the doctor on court to take her temperature as she lost to Anna Karolina Schmiedlova 1-6, 6-4, 7-6 (8/6) in round two.

“I started feeling dizzy already in the second set and I just tried to push through it,” said Wozniacki, whose chances of reaching the eight-player WTA Finals are fast receding.

Wozniacki lasted a lot longer than Azarenka and break-out Swiss star Bencic, who both retired in the second set of their matches against Johanna Konta and Camila Giorgi respectively.

Two-time major-winner Azarenka stopped play when she was one set and one game down to Brit Konta, saying she picked up a thigh injury in training on Tuesday morning.

“It’s always not easy to make the decision. You know, I don’t know if it was the right way to play that long because I started feeling it right in the beginning of the match,” Azarenka said.

The 11th seed Bencic had looked visibly tired in her first round match on Monday, which came just a day after she lost the final of the WTA Pan Pacific Open in Tokyo to Agnieszka Radwanska.

“I have a left thigh injury and played a lot of tennis in Tokyo… I obviously did not want to retire but that was my only option,” Bencic said.

With Serena Williams skipping Wuhan and Sharapova (left forearm) and Bouchard (continuing effects of a head injury) pulling out on Monday, the tournament is starting to have a threadbare look.

However, Venus Williams contributed the feel-good story of the day when she celebrated her 700th career win — only the ninth player to do so.

Williams, 35, who suffers from the immune system disorder Sjogren’s Syndrome, beat Julia Goerges 6-4, 6-3 to join her sister Serena as the only active players in the 700 club.

“I didn’t know. I’m glad nobody told me before (the match). I would have been a little bit nervous,” the seven-time Grand Slam title-winner said.

The draw could also be opening up nicely for Simona Halep, the world number two and top seed who strolled past Russia’s Anastasia Pavlyuchenkova 6-2, 6-1 to reach the third round.

Next up for Halep is a first career meeting with Britain’s Konta, the world number 66 who reached the US Open last 16 as a qualifier.

“I expect a tough match. I heard she has a good serve, strong serve, so I have to be focused for the return, and to keep my serve,” Halep said.

One player to survive a dance with elimination was defending champion Petra Kvitova, who came from 5-3 down in the final set to beat Russian Daria Gavrilova 6-3, 4-6, 7-5.

The Czech was diagnosed with glandular fever this year but was been given medical clearance to compete, although she looked exhausted as she ended the match.

“I got really tired during the second set already. I don’t know how I won it, but I did. It’s kind of surprise for me, as well,” said the double Wimbledon champion.