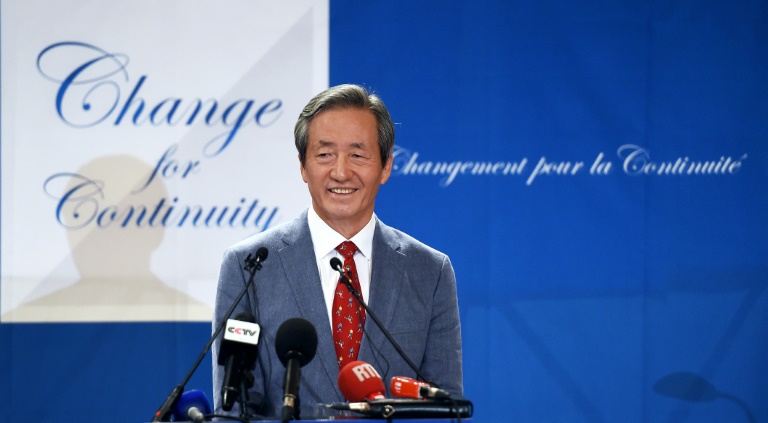 The South Korean former FIFA vice president said an emergency congress should be held to set up the force to oversee the scandal-tainted body.

Chung said the FIFA organisation that should be preparing for the 2018 World Cup in Russia is in “total meltdown”.

“FIFA and regional confederations should consider convening extraordinary sessions of their respective executive committees as well as a Congress to set up an emergency task force that will enable the FIFA secretariat to function without interruption,” Chung said.

His spokesman Lin Byung-Taik told AFP that Chung wanted an “emergency congress” even before one to be held in February to elect a new president.

Blatter is being investigated for alleged criminal mismanagement, including a $2 million payment made to UEFA president Michel Platini.

The 79-year-old Blatter has since refused to stand down. Platini, another candidate for the FIFA leadership, has also denied any wrongdoing.

Platini said on Monday the money was declared to Swiss authorities. But no one has yet explained why a payment for work carried out between 1998 and 2002 was only made in 2011.

Blatter has said he will leave office when an election is held in February.

Platini had been the favourite to take over but the new revelations could dramatically alter the election race.

Chung is another leading candidate along with Prince Ali bin al Hussein, a former FIFA vice president from Jordan who said the world body has been “decimated” by the new scandal.

Chung said the charges against Blatter represented “another sad day” for FIFA. The world football body was plunged into crisis in May when the US justice department indicted 14 officials over bribery — including seven who were detained in a Zurich hotel before a FIFA meeting.

“The most urgent task at hand is to root out corruption from within FIFA,” said Chung.

“Investigations into illegal activities of the past should be left to the proper legal authorities. Justice must be served. Resuscitating FIFA, however, should be left to those who love football. The future of football should not be left in the hands of outsiders,” he added.

Chung has said that if elected he will stand for only one term to carry out reforms.