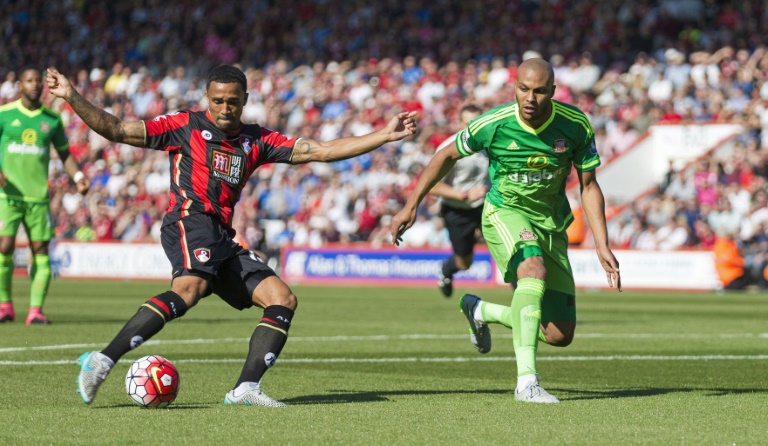 Bournemouth striker Callum Wilson will be out for at least six months after rupturing the anterior cruciate ligament in his right knee, the Premier League club announced on Tuesday.

Wilson, Bournemouth’s top scorer with five goals, sustained the injury during his side’s 2-1 defeat at Stoke City last Saturday and is due to undergo surgery next week before beginning his rehabilitation.

“It’s very disappointing for Callum, after what has been an exceptional start to the season, but I am sure he will come back fitter and stronger,” manager Eddie Howe told the Bournemouth website.

“Callum is the type of character who won’t be fazed by such a setback and I am sure he will turn this experience into a positive in the long run.

“As I have said many times before, though, this kind of set-back offers others the opportunity to step up to the plate, show everybody what they can do and make a real impact at this level.”

Wilson, 23, top-scored for Bournemouth with 20 goals as they were promoted from the Championship for the first time last season.

He had made an assured start to life in the top flight, notably netting a hat-trick in a 4-3 win at West Ham United last month, and was being touted as a potential England call-up.

He is the third important Bournemouth player to have succumbed to a serious knee injury in recent weeks, after close-season signings Tyrone Mings and Max Gradel.