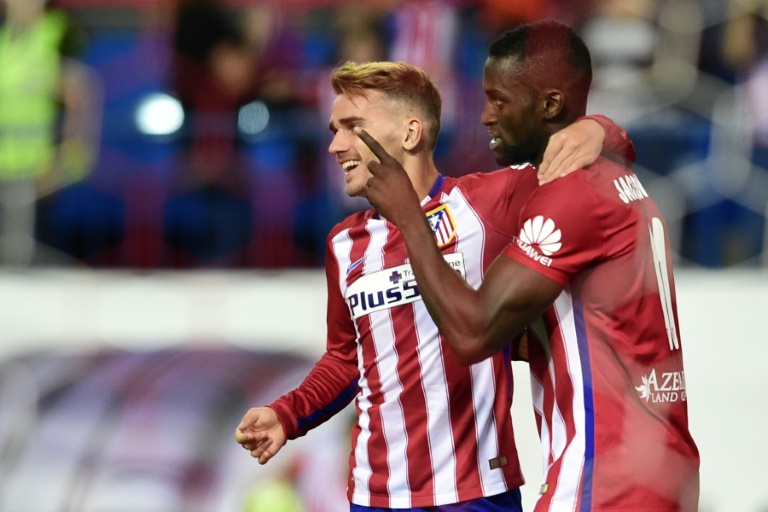 Atletico Madrid midfielder Tiago has backed teammate Jackson Martinez to come good with the Spanish side despite a difficult start to his career at the Vicente Calderon.

The Colombian striker comes up against an old enemy when Benfica visit the Spanish capital on Wednesday in the Champions League after being the top scorer for the past three seasons in Portugal with Porto before a 35 million euro ($39 million, Â£26 million) move to Atletico in July.

However, Martinez has scored just once in seven games for Los Rojiblancos and been subbed at half-time in each of his last two starts.

“Jackson is learning how to play in our system, which isn’t easy for forwards,” Atletico’s Portuguese midfielder Tiago said on Monday.

“For us the strikers aren’t just about goals. All the work they do is very important.

“It is very different to what he did at Porto. Therefore, we need to be patient because he is going to help us a lot.”

Both sides have kick-started their European campaigns with 2-0 victors on matchday one as Atletico beat Galatasaray in Istanbul, whilst Benfica eased past Champions League newcomers Astana at home.

The Iberian duo have also had similar starts to their domestic campaigns with four wins and two defeats from their opening six matches.

However, it is Atletico who come into the game on a downer as they lost out 1-0 to La Liga leaders Villarreal at the weekend.

Coach Diego Simeone has struggled to find the right balance after another summer of upheaval in the Atletico playing squad and Tiago is confident that the 2014 Champions League finalists will eventually hit form.

“The philosophy hasn’t changed because we know what has allowed us to win things,” he added.

“The players have different characteristics and you have to look for the best in each player and overall for the team.

“That is the difficult job the manager has, to look for different solutions. We as a team have to find ways to cause danger to the opponent and that is what we are working on.

“It isn’t easy just two months into the season to have the level we would like, but we are working on it and I think we have a lot of quality in this squad.”

Meanwhile, Mexican striker Raul Jimenez and defender Silvio could feature against their parent club for the Portuguese champions.