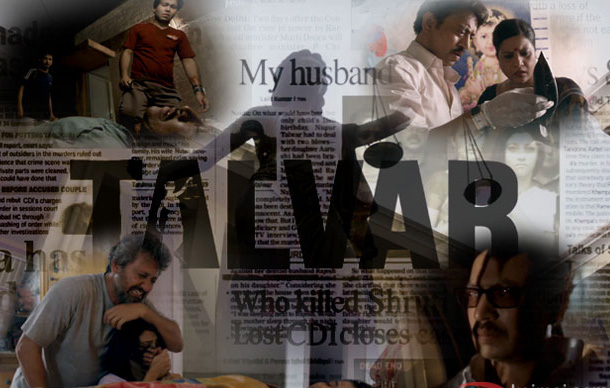 Premiered at the 40th Toronto International Film Festival, Talvar, based on Noida’s double murder has given Irrfan Khan an understanding of how the Indian judicial system works.

New Delhi: Known for picking unconventional yet stirring movies, Bollywood actor Irrfan Khan is gearing for his next release, which is Talvar, based on the 2008 Noida double murder case.

Khan, along with his co-star Konkana Sen Sharma, writer Vishal Bhardwaj and director Meghna Gulzar landed in national capital for the first ever screening of his latest movie ‘ Talvar’ in India.

Speaking at the press conference, the 48-year-old actor discussed about the experience he had while filming the movie.

Whist interacting with the audience, the ‘Piku’ star said, “Murder mysteries usually become source of sensationalism, however, the movie was so true, so near and so frightening that it got me really interested and I did whatever I had to do for my role.”

Continuing his explanation, he said that the movie is important to him because the tragic incident gave them a chance to look at their judicial system.

Konkana, who will be seen portraying the role of Mrs. Nupur Talwar in the movie, also shed some light on her role saying that she did not really study the character, however it was really interesting for her to convey guilt and innocence at a different level.

The movie’s screenplay is written by Vishal Bhardwaj, who got inspired from Japanese film ‘Rashomon’, to pen this flick.

The movie, which was warmly welcomed premiered at the 40th Toronto International Film Festival, will hit the screens in India on October 2.