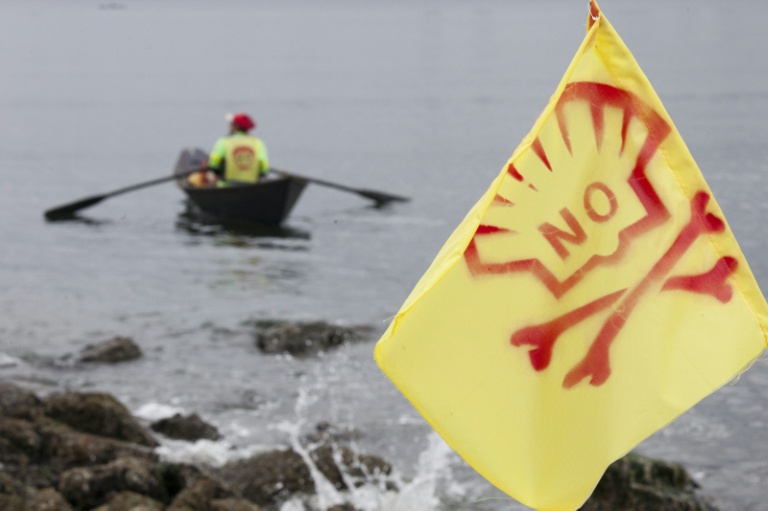 Royal Dutch Shell said Monday it was halting its search for oil off the Alaskan coast, with environmentalists claiming a huge victory in their battle to protect local wildlife.

The Anglo-Dutch energy giant said in a statement that its Burger J well in the Chukchi Sea, off the northwest coast of Alaska, did not warrant further exploration owing to insufficient oil and gas being located and because of regulatory uncertainties.

Shell, describing its decision to pull out of Alaska as “disappointing”, added that its withdrawal would cost it $4.1 billion (3.7 billion euros), heaping further pressure on a company and sector hit by sliding oil prices.

The energy titan, which began drilling in July after US President Barack Obama approved the exploration, said Alaska remained an area of major importance for US energy supply.

With this in mind, Greenpeace urged Obama to ban all energy companies from launching drilling projects in the region.

â€œNow President Obama should use his remaining months in office to say that no other oil company will be licenced to drill in the American Arctic.”

Greenpeace’s petition to “Save the Arctic” has seven million signatures from around the globe, including a number of high-profile celebrities.

“They had a budget of billions, we had a movement of millions,” noted Sauven in reference to the money invested by Shell in the failed project.

“The ‘unpredictable regulatory environment’ that forced Shell out of the Arctic is otherwise known as massive pressure from more than seven million people.

“For three years we faced them down, and the people won,” he added.

Friends of the Earth chief executive Craig Bennett called Monday’s announcement “wonderful news for the people and wildlife of the Arctic region, but it must become a turning point in the fight to prevent catastrophic climate change”.

“Just think what the seven billion dollars Shell spent in the Arctic could have done for our climate and energy system if it had been invested in solar, wind and tidal power, rather than being wasted on looking for yet more oil,” he said.

Environmental groups oppose drilling in the Arctic owing to the vulnerability of animals already struggling to survive because of melting sea ice, as well as the risk that a spill could pose to the region.

In 2010, the explosion of the BP-leased Deepwater Horizon rig in the Gulf of Mexico killed 11 people and spewed 4.9 million barrels of oil into the ocean.

Shell said its Burger J well would be sealed, adding that it would “cease further exploration activity in offshore Alaska for the foreseeable future”.

It cited “the high costs associated with the project” and the “challenging and unpredictable federal regulatory environment in offshore Alaska” for its decision to withdraw.

It comes as Shell is splashing Â£47 billion ($73 billion, 67 billion euros) on a mega-takeover of British rival BG Group, while saving cash in the long run by slashing the Anglo-Dutch company’s headcount by 6,500.

Shell had put its Alaskan drilling plans on hold in 2013 after a series of embarrassing problems with two rigs.

One, the Kulluk, washed ashore after breaking loose from towing vessels in stormy seas in southern Alaska in January that year.

Another, the Noble Discoverer, was recently cited by the US Coast Guard for numerous safety and operational deficiencies.

The US Geological Survey said in 2008 that within the Arctic circle there are 90 billion barrels of oil and vast quantities of natural gas waiting to be tapped, most of it offshore.