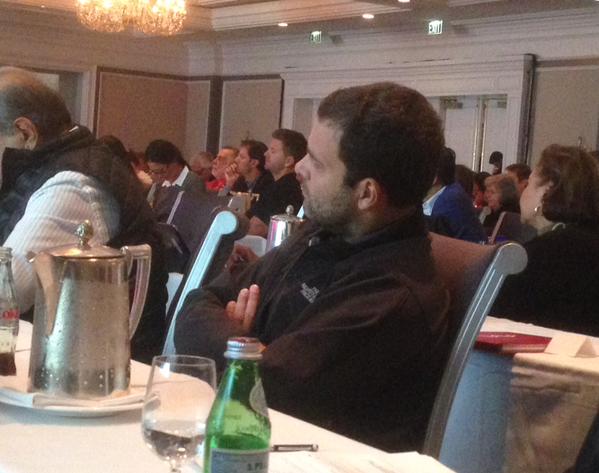 New Delhi: After wide speculation by BJP leaders about Congress Vice President Rahul Gandhi’s whereabouts, RaGa on Monday came into limelight after he tweeted a picture of him attending the Aspen conference in the US.

Rahul Gandhi took to twitter and poted: “Very interesting discussions on the global economy & the disruptive power of tech at the conference in Aspen.”

Very interesting discussions on the global economy &the disruptive power of tech at the conference in Aspen pic.twitter.com/F3emxEQwj4

BJP had earlier said that ‘Weekend with Charlie Rose’ was held between June 25 and July 4 claiming that Congress was “resorting to falsehood”.