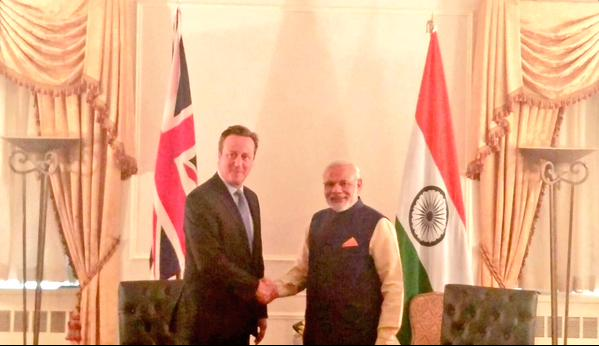 Prime Minister Modi is scheduled to visit UK in November this year.

Prime Minister Modi returned from the Silicon Valley on Monday, where during his weekend stay, visited the campuses of Tesla, Facebook and Google, and held a series of meetings with top Silicon Valley CEOs including Apple CEO Tim Cook.

The Prime Minister is also scheduled to meet U.S. President Barack Obama and French President Francois Hollande in a short while from now.