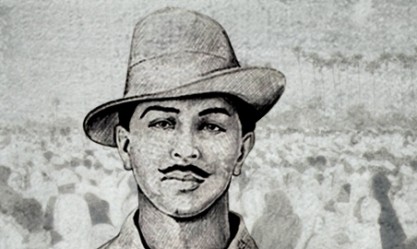 New Delhi: Nation has paid homage to freedom fighter Shaheed Bhagat Singh on his 108th birth anniversary on Monday. A number of functions have been organised across the country to mark the occasion.

Prime Minister Narendra Modi also remembered freedom fighter Bhagat Singh on his birth anniversary during his address to the Indian diaspora at San Jose in California.

“Today is September 28 in India and it is the birth anniversary of brave son of India, Bhagat Singh. I salute India`s beloved martyred son,” Modi said as he started his address at SAP center in California.

Special functions would be held in at Khatkar Kalan his native village in Shaheed Bhagat Singh Nagar district of Punjab.