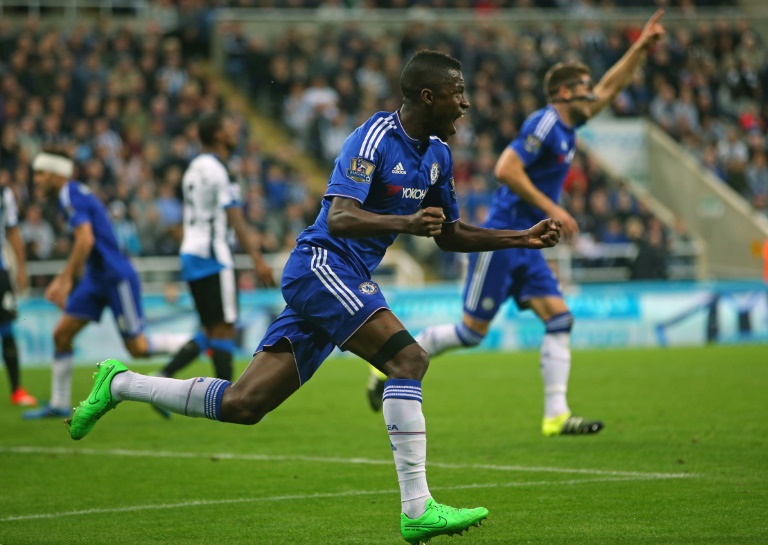 In the midst of a frustrating start to the season, Jose Mourinho returns to Portugal on Tuesday as Chelsea face his old side FC Porto in the Champions League.

The London club are looking to make it two wins out of two in Group G after their straightforward 4-0 victory against Maccabi Tel-Aviv at Stamford Bridge two weeks ago, but they must improve on another poor performance in the Premier League at the weekend.

Chelsea had to come from two goals down to draw 2-2 away to struggling Newcastle United on Saturday, with Brazilian duo Ramires and Willian scoring to rescue a point for the English champions.

Mourinho later admitted that the first-half performance at St James’ Park was Chelsea’s worst under his management, rating it as “minus one” and adding: “When you have so many bad individual performances, it’s impossible for a team to be a team.”

But as the Blues linger in 15th place having won just two of seven Premier League games, a trip to his old home is the type of fixture which tends to galvanise Mourinho.

It is not the first time he has returned to Porto since leaving the Portuguese giants as a hero after leading them to Champions League glory in 2004 with a 3-0 final win against Monaco.

Later that year he went back as Chelsea manager, and with John Terry as his captain, and oversaw a 2-1 group-stage defeat as the two clubs qualified for the knockout rounds.

In 2007, Andriy Shevchenko’s goal secured a 1-1 draw at the Estadio do Dragao to help Chelsea to a 3-2 aggregate victory in the last 16.

Mourinho would love another positive result this time with draining trips to Dynamo Kiev and Israel still to come, and he can call on the services of bruising centre-forward Diego Costa for the trip to the banks of the Douro.

Costa is currently serving a suspension for violent conduct in domestic competition but he can play in Portugal, so the chances of Radamel Falcao facing the club for whom he starred between 2009 and 2011 appear slim.

There will be other reunions, though, and Porto goalkeeper Iker Casillas will surely be determined to get one over on Mourinho after the two fell out during their time together at Real Madrid.

Casillas was sidelined during Mourinho’s final months in charge in Madrid in 2013 and never really recovered, eventually leaving the Santiago Bernabeu for a new challenge with Porto this summer.

He was in goal as Porto drew 2-2 away to Dynamo Kiev in their first group game, with Cameroon striker Vincent Aboubakar scoring both Porto goals in Ukraine.

Porto also drew 2-2 at the weekend, throwing away a lead twice away to Moreirense, although they remain unbeaten and are top of the Portuguese league, level on points with Sporting Lisbon and two ahead of champions Benfica.

“There are games in which things don’t go well. We could have won clearly but we didn’t score and we paid with two points. It was a tough game and we need to recover,” said Porto coach Julen Lopetegui, who was a goalkeeper on the books at Barcelona in the mid-1990s, the same period in which Mourinho formed part of the backroom staff at the Camp Nou.

Algerian winger Yacine Brahimi injured his right knee during that game and missed training over the weekend as a result, casting doubt over his chances of playing, but Brazilian defender Maicon hopes to feature despite hurting an ankle in the same match.