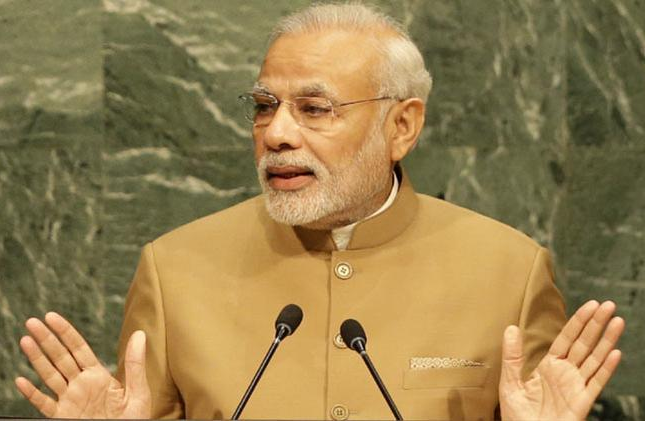 San Jose: On the eve of his meeting with US President Barack Obama and leaders of France and Britain, Prime Minister Narendra Modi asked the international community to unitedly combat increasing challenges posed by terrorists across the globe.

Devoting the last phase of his speech at the SAP Centre on the fight against terrorism, Modi said that so far the international community, the UN in particular, has not even been able to have a definition of terrorism or identify who can be called a terrorist.

Observing that India has been a victim of terrorism for the past 40 years, Modi said the West and many other countries woke up to the menace of terrorism only after bomb blasts or terror attacks in their nation.

“We cannot let 21st century to be stained with terrorism,” Modi said, adding that he would be raising the issue again before the United Nations tomorrow when he is scheduled to address a UN Peacekeeping Summit.

And before that he would hold three important back-to-back meetings with British Prime Minister David Cameroon, French President Francois Hollande and Obama.

“The world has to stand united in tackling terrorism,” he said.

“Terrorism is Terrorism, there is no difference between good terrorism and bad terrorism,” he said.

“We cannot waste time in defining ‘terrorism’,” he said, adding that India is the land of Mahatma Gandhi and Gautam Buddha who preached peace and non-violence to the world.

“The world has to realise that terrorism can hit anyone at anyplace, and it is the world’s responsibility to recognize it and unite against terrorism,” the Prime Minister said in an unusual aggressive speech on terrorism.

Several top American lawmakers were present on the occasion.