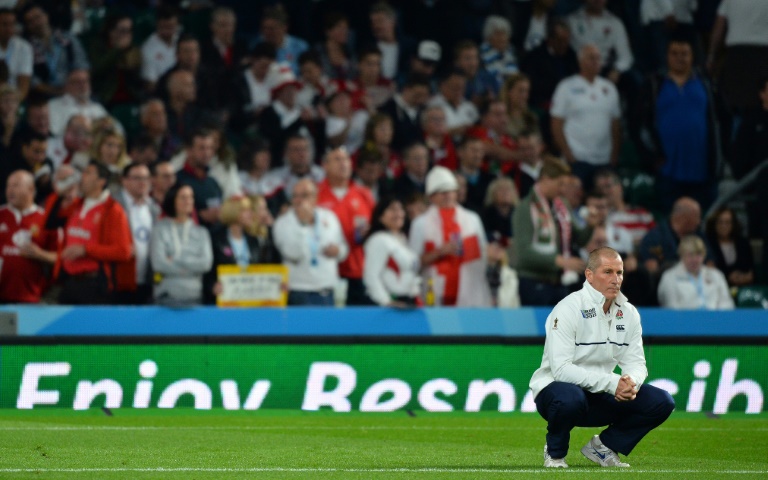 England coach Stuart Lancaster has insisted his side will bounce back from their shattering World Cup defeat by Wales when they face Australia in a ‘Pool of Death’ clash at Twickenham on Saturday that promises to decide their tournament fate.

“We’ve got a massive game against Australia and we’ll batten down the hatches and make sure we come out firing on all cylinders,” he said on the day after the agonising 28-25 loss to Wales at Twickenham on Saturday.

Lancaster’s men twice led by 10 points but the final result left England in danger of becoming the first host nation to bow out of the World Cup before the knockout stages.

Asked if the Australia match felt like a World Cup final, Lancaster said: “Yes, it does. Everything rests on this.

“We’re playing against a high quality team, but equally we know it’s a team we know we have beaten twice in the last two years.”

Those two England wins came on the back of a dominant scrum but Australia’s set-piece has improved under coach Michael Cheika and Lancaster, speaking at his squad’s training base in Bagshot, southwest of London, on Sunday, said his side would not under-estimate Australia’s all-round game.

“We will have to be at our best because I was impressed by what they did in the Rugby Championship and how much theyâ€™ve improved.

“Obviously, they’ve got their own threats at the breakdown in (David) Pocock and (Michael) Hooper, they’ve got a talented back line, but I think our boys will be ready.”

“We know that two teams go through from the pool, we know we’ve got a very good chance of being in that position should we beat Australia,” added the under-pressure coach.

“Wales have got to play Fiji (who knocked them out of the 2007 World Cup), that’s a tough game for Wales, and then Australia …We are definitely not out of this pool.”

But if England are to beat Australia they will need to show a ruthless streak absent against Wales, where their failure to put the match beyond the reach of the visitors came back to haunt them.

“We’ve got to make sure that when we get that 10-point buffer, we play the game in the right areas of the field,” explained Lancaster.

England saw a last-ditch attempt to beat Wales backfire. Instead of going for a kickable penalty that might have led to a draw, they opted for an attacking line-out in the hope of a try that never came.

Chris Robshaw, the England captain, came under fire for the decision, just as the Harlequins flanker was criticised for opting to kick a late penalty rather than go for a try in a 16-15 defeat by South Africa at Twickenham in 2012.

But the following week England beat the All Blacks 38-21 — arguably the best result of Lancaster’s reign and one of England’s greatest victories.

“As a group, we were in a similar position I think in 2012 where we all felt responsible because we didnâ€™t make the decision work, and the mentality feels the same now,” said Lancaster.

“Obviously on the back of that performance, we beat New Zealand. And we’ll be exactly the same this week,” Lancaster said.