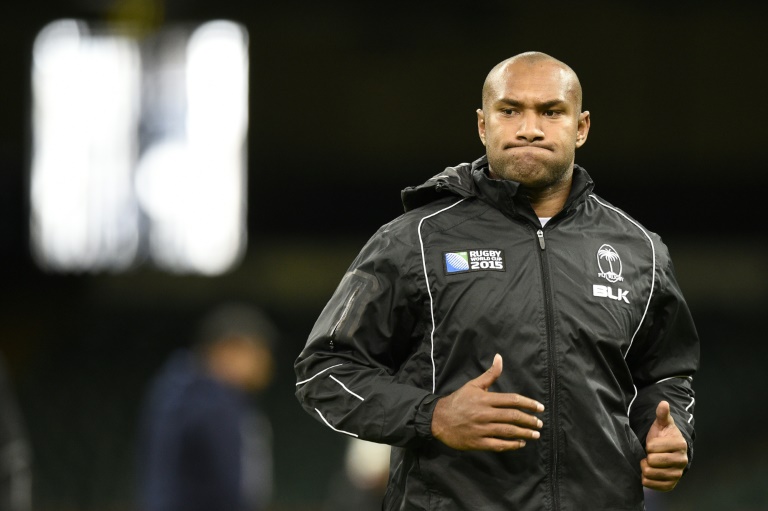 Following losses to Australia and England, Fiji are desperate to salvage some pride against a Wales side buoyed by their stunning 28-25 victory over England inspired by a kicking masterclass from fly-half Dan Biggar.

In two matches Fiji have conceded 24 penalties, had three players yellow-carded and flanker Dominiko Waqaniburotu has been suspended for a week after admitting to a dangerous tip tackle on England’s Jonny May.

Now Nadolo — their try-scoring, goal-kicking wing — has been cited for “an alleged act of foul play” against Australia and faces a judicial hearing on Monday.

The woeful record has left the Fijians in no doubt they must get their discipline under control for the Pool A match against Wales or they will be punished by Biggar.

“Certainly their goal kicking is spot on, so we’re going to have to be careful to be well-disciplined in our own half,” coach John McKee admitted on Sunday.

Fiji, who stunned Wales 38-34 in the 2007 World Cup, were punished 66-0 when they met again four years later, and McKee said they are well aware of what to expect.

“We’ve been watching Wales and have been familiar with them from the November series last year and through the Six Nations so we’ve seen quite a bit of them. We didn’t really see anything different” against England,” he said.

“Although we did well in parts of our first two matches, there are other parts of our game where we didn’t do so well. We’ve got to be more consistent over the 80 minutes.”

The disciplinary message and the Biggar threat has been drummed into the players.

“We can’t afford to give away penalties in our own half or even within the 10-metre line because he kicked so well last night,” said Gabiriele Lovobalavu

“I play with Biggar at the Ospreys so I know how good a kicker he is,” added fly-half Josh Matavesi.

“We’re feeling pretty positive. At a World Cup you can’t let the occasion get to you. We can only play what’s in front of us.

“We’re two games down now and we’ve got two games to go, and we’re going to try and finish on a high.”

Fiji came into the World Cup full of confidence they would cause an upset in the ‘pool of death’.

If they do manage to topple Wales it would leave Australia as the only unbeaten team in Pool A, but with their two toughest opponents England and Wales ahead of them.