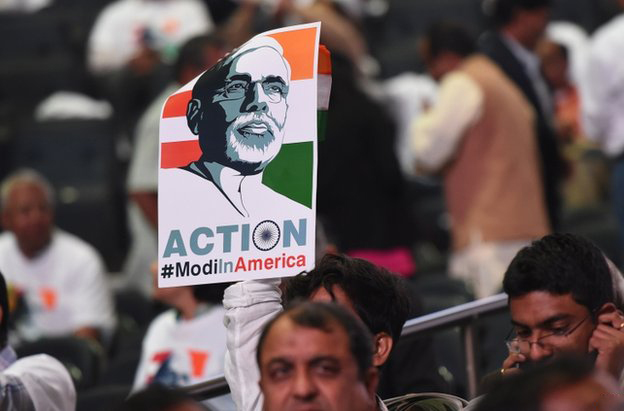 Washington: Ahead of Prime Minister Narendra Modi’s visit to the US next week, several Indian-American groups have decided to stage protest rallies against him.

Under the banner of Alliance for Justice and Accountability (AJA), these organisations will hold a peaceful protest rally outside the SAP Center in San Jose on September 27, where Modi would be addressing a full crowd of some 18,500 people with thousands others expected to be watching him live on big screens outside.

“AJA will hold a protest at the SAP Center on September 27, 2015 under the banner #ModiFail, to expose the realities behind Modi’s alleged accomplishments,” a press statement said.

The alliance, which describes itself as a US-based coalition of a diverse range of Indian-South Asian organisations and individuals, has also launched a website www.modifail.com, highlighting the alleged failures of the Prime Minister.

AJA had held a similar protest rally of about hundred people when Modi addressed some 20,000 Indian-Americans at the Madison Square Garden in New York in 2014.

“The Alliance will also reach out to elected officials and corporate leaders in the US to inform them about Modi’s failed and regressive policies that negatively impact human rights, religious freedoms, the environment, and overall: shrink the space for civil liberties under his rule,” it said.

Supporters of Modi on Thursday announced to gather in large numbers to welcome him outside his hotel when he arrives in New York to attend the 70th session of the UN General Assembly.