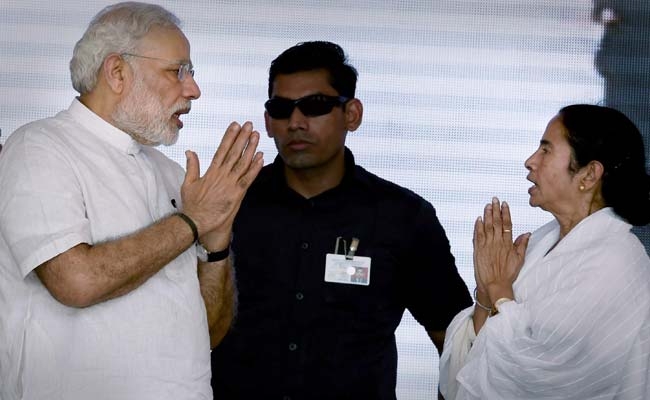 New Delhi: West Bengal Chief Minister Mamata Banerjee will meet Prime Minister Narendra Modi on Wednesday to demand adequate funds from the Centre for post-flood reconstruction work in her state, where loss of property has been estimated at about Rs 30,000 crore.

According to reports, Banerjee will meet the Prime Minister at his residence at 7, Race course Road at 4 pm.

“I welcome Mamata ji to Delhi. There are lot of fights that we have to fight together to take the nation forward. We discussed on Centre-state relations and cooperative federalism and we want to invite all the Chief Ministers of the country and discuss these issues. We have decided to organize a seminar on Centre-state relations and cooperative federalism on September 22,” said Kejriwal.

Meanwhile, Banerjee confirmed that she would attend the seminar held by the AAP.

“After elections in Delhi, I had congratulated them (AAP) on their big win. I do not come to Delhi often, since I was in Delhi I thought of meeting them face to face. I congratulated Kejriwal ji, and his team. Kejriwal ji also invited me to a seminar, I will surely come,” Banerjee said.