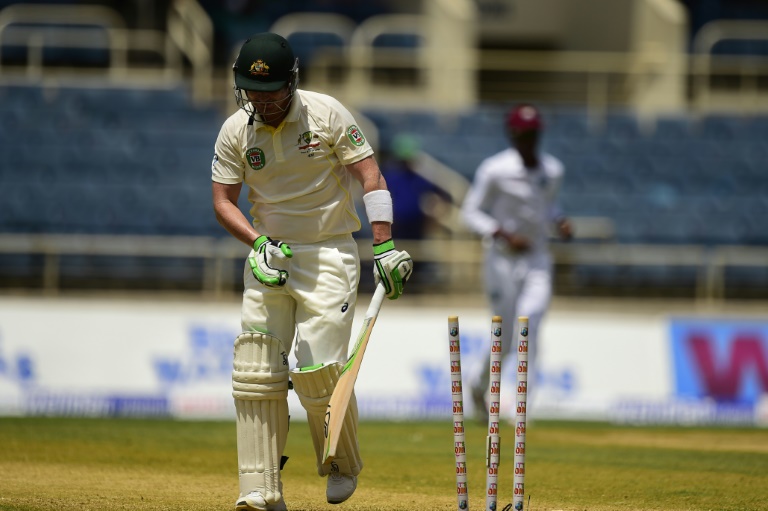 Haddin was not expected to play in next week’s fifth and final Test at The Oval, having lost his place in the side to Peter Nevill.

The cricket.com.au website said Haddin, 37, had left London on Tuesday as the rest of the squad arrived in Northampton on Tuesday for a first-class fixture that starts in the Midlands town on Friday.

A Cricket Australia spokesperson confirmed Haddin’s exit, asking the media respect the privacy of Haddin and his family.

Haddin played the first Test of the series in Cardiff, where he dropped Joe Root on nought before the England batsman went on to make 134 in a 169-run win, and was not at his best with the bat either.

He then missed, at his own request, Australia’s 405-run victory in the second Test at Lord’s to spend time with his ill daughter in a London hospital.

Nevill, Haddin’s understudy at New South Wales, impressed on his Test debut at Lord’s and then retained his place for Australia’s defeat at Edgbaston (eight wickets) and at Trent Bridge (an innings and 78 runs) which saw England take an unbeatable 3-1 lead in the five-match Ashes series.

It was a move that proved highly controversial, with several former Australia players, notably Matthew Hayden, saying Haddin should have been recalled at Edgbaston if the team’s ‘family first’ policy meant anything, while there were reports in the Australian media that Haddin’s treatment had unsettled other squad members.

Australia coach Darren Lehmann said leaving out Haddin at Edgbaston was the hardest decision of his career, while on-tour selector Rodney Marsh — one of Australia’s greatest wicket-keepers — said Haddin’s recent form meant team chiefs “didn’t have an option” other than to retain the 29-year-old Nevill.

“We certainly care about Brad and his family,” Lehmann said after the third Test. “We’re really close as a group. We’ve talked about it openly.

“That would be the hardest decision I’ve had to make as a coach, or even as a player.

“We all love Hadds. The players love Hadds. He’s a ripper bloke – one of the best blokes I’ve ever coached, brilliant person, great family.”

Haddin retired from one-day internationals after playing in Australia’s World Cup final win over New Zealand in Melbourne in March.

Although he has made no formal statement about his Test future, Tuesday’s announcement effectively spells the end of a 66-match career of 270 dismissals (262 caught, eight stumped) and 3,266 runs, including four hundreds, at an average of 32.98.