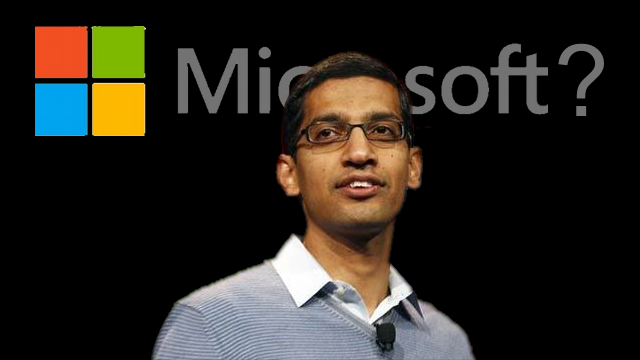 Sundar Pichai, the Indian wizard from Tamil Nadu, was little known until Tuesday. But then, when Google became just another ‘Alphabet’, the name became one of the, coincidentally, most ‘Googled’ one. This semiconductor engineer joined Google in 2004, and close to a decade with the giants, he’s all set to spearhead its renewed avatar. While the world is going gaga over his soft-spokenness and management skills, here are some shades of Pichai that even Google might take time to tell.

1. Apart from his engineering degree and management skills, what many people don’t know is the fact that Pichai has a remarkable cricketing prowess. That’s right. Indian, IITian, head of Google, and a cricketer! Everything that a trademark Indian loves, all rolled into one! He lead the school team and even won many inter-school, inter-city and inter-state competitions! Oh wait, he plays chess too!

2. Perhaps, one of Pichai’s secret to a meteoric rise was the fact that he didn’t watch TV when he was young. Not because he didn’t like it, but because his family didn’t have one. So, the next time kids complain about less TV time, Pichai can come to the rescue!

3. Pichai has an amazing memory. Not just does he remember all tasks that he needs to tick off (that itself is a huge task!), but is also good at remembering things like phone numbers. And this isn’t even a recent development; he had this talent since childhood!

4. The talent this guy has doesn’t really stop at that. He’s been Google’s official EmCee (Master of Ceremonies) at the Annual Developer Conference for the past two years!

5. He’s married to Anjali, his long time girlfriend and has two children — a son and a daughter. That’s a great addition to his small family that has mother, father and a brother.

6. Do you know who gave Satya Nadella a run for his money? Yes, that’s right, the man of the moment, Sundar Pichai was in the running for Microsoft’s top post, it seems! In fact, even LinkedIn had tried to poach him! Quite in demand, eh?

7. You know who’s the brain behind Chrome’s toolbar that defended it from Microsoft’s attacks? Yes.

8. His LinkedIn profile is yet to be changed. As of Wednesday, a day after the big announcement, it still reads: “SVP, Chrome and Apps, Google”

10. The top gun at Google, Pichai’s pet name at home is Rajesh.