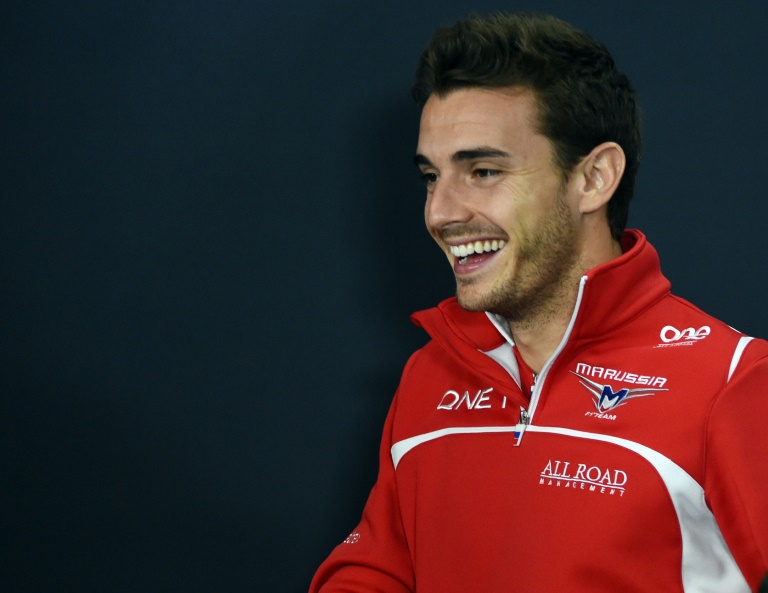 French President Francois Hollande and Formula One world champion Lewis Hamilton led the flood of tributes Saturday to Jules Bianchi, the Formula One driver who has died nine months after a horror crash at the Japanese Grand Prix.

“French motorsport has lost one of its greatest hopes,” Hollande wrote in a statement following news of Bianchi’s death aged 25 on Friday night at a hospital in Nice.

“My thoughts are with his parents, his family and his friends.”

Formula One supremo and the sport’s chief executive Bernie Ecclestone stated: “It was so sad to hear the news about Jules.

“We are now going to miss a very talented driver and a really nice person. We must not let this ever happen again.”

Bianchi tragically became the first driver to perish in a F1 Grand Prix since Ayrton Senna died at San Marino in 1994.

“We will always remember Jules. Fond thoughts for his family and friends,” Prost wrote on Twitter about his fellow Frenchman.

Bianchi had high hopes one day of taking a seat at Ferrari, having passed through the Italian stable’s Drivers Academy in 2009.

And the legendary Italian team posted their own Twitter tribute: “Ciao Jules, forever in the hearts of Ferrari.”

Francois Fillon, a former French Prime Minister and an ardent F1 fan said: “A sad and brutal awakening with the cruel news of death @Jules_Bianchi. Jules talent and courage in its purest form. Thoughts for his entourage.”

John Booth, principal of Bianchi’s team Marussia, now called Manor, said the talented 25-year-old driver had in the short time he was with them left an “indelible mark on all our lives”.

“Words cannot describe the enormous sadness within our team this morning, as we come to terms with losing Jules,” Booth added.

â€œJules was a shining talent. He was destined for great things in our sport; success he so richly deserved.

“He was also a magnificent human being, making a lasting impression on countless people all over the world. They recognised, as did we, that at the same time as being a fiercely motivated racer, he was also an extremely warm, humble and intensely likeable person, who lit up our garage and our lives.”

“He has left an indelible mark on all our lives, and will forever be part of everything we have achieved, and everything we will strive for going forward.”

Mario Andretti, the 1978 F1 world champion, commented: “My heartfelt condolences to the @Jules_Bianchi family for this very sad ending of a promising young life. My prayers are with you. #RIPJules”

Bianchi’s compatriot Romain Grosjean wrote: “Yesterday we lost one of the best guys and best drivers I’ve ever met. I’ll miss you so much my friend.”

Bianchi’s teammate Max Chilton tweeted: “No words can describe what his family and the sport have lost. All I can say it was a pleasure knowing & racing you.”

Red Bull driver Daniel Ricciardo said: “I’ll never forget you and the good times we had. Going to miss you bro.”