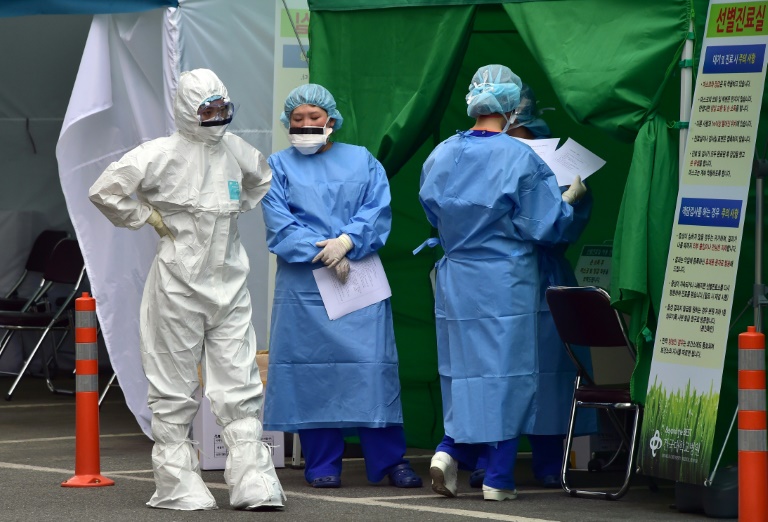 The World University Games will open in Gwangju Friday with defiant organisers predicting a record participation despite the backdrop of a deadly respiratory disease sweeping host nation South Korea.

The outbreak of Middle East Respiratory Syndrome (MERS) last month, which has so far killed 33 out of 182 infected patients, coupled with North Korea’s sudden decision to boycott the Universiade have cast a cloud resulting in waning ticket sales.

But organisers remain bullish and said that more than 13,000 athletes and officials from 145 countries are expected to participate from July 3-14 in Gwangju, a southwestern city 280 kilometres (168 miles) from the capital Seoul.

“Despite the recent outbreak of MERS, the level of participation and encouragement is higher than ever,” Anna Jihyun You, spokeswoman for the Gwangju Universiade organising committee, told AFP.

The Universiade, held every two years and run by the International University Sports Federation, is a multi-sport event for university athletes and often serves as a stage for future Olympic stars.

The MERS virus has caused widespread public anxiety, with more than 120,000 overseas visitors cancelling planned trips to South Korea since the outbreak.

Organisers admitted they were very anxious but vowed to ensure a safe and secure competition with stringent hygiene protocols.

Nevertheless some athletes have pulled out with a third of Hong Kong’s 100-strong team — in gymnastics, rowing, diving, golf and fencing — opting to stay at home after the southern Chinese city issued a South Korea travel warning to its citizens.

“We will protect athletes and officials thoroughly from arrival to departure,” Gwangju mayor Yoon Jang-Hyun, president of the organising committee, said.

Medical staff with advanced equipment will guard and conduct meticulous checks on all venues and other facilities to monitor athletes and visitors.

“The organising committee has not only turned around such challenging circumstances, but also sparked a ray of hope throughout the nation,” You said.

There have been no MERS cases in Gwangju but interest has been dissipating. Only 52 percent of tickets had been sold by Monday, though the organising committee said the final stages of the most popular sports such as badminton, judo, archery and table tennis were sellouts.

North Korea last week announced they would boycott Gwangju in protest at the opening of a UN office in Seoul to monitor the secretive country’s human rights record, dealing a further blow to preparations.

The North boycotted the 1986 Asian Games and the 1988 Summer Olympics, both held in South Korea, but most recently enjoyed a successful Asiad hosted by Incheon near Seoul last year.

North Koreans received a warm welcome from fans in Incheon and took 11 gold, 11 silver and 14 bronze medals in their best Asian Games performance since 1990.

The Asiad in Incheon was not a hit with spectators, but North Korea’s presence injected some much-needed buzz into the Games.

Gwangju presented the idea of achieving maximum of economic efficiency at a minimum of cost estimated at 620 billion won ($558 million).

“Gwangju will not only host a succesfull Universiade but also set a new standard for international sporting events… It’s important to host a successful mega-sports event without burdening the city’s welfare,” You said.

Of 69 venues for competition and training, only three were built anew. Other venues use renovated existing facilities which will return to public use after the games. Worn-out apartments were refurbished through private capital investments to provide the athletes’ village.