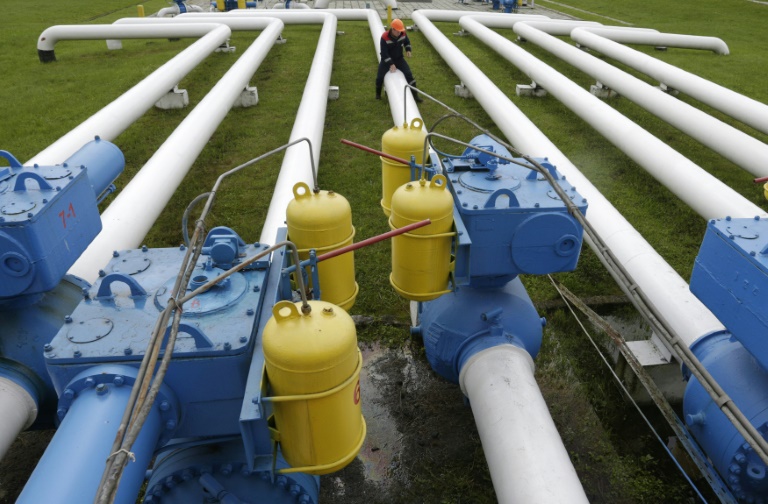 Ukraine announced on Tuesday the immediate suspension of all Russian gas purchases after EU-mediated negotiations aimed at keeping supplies running for at least three more months broke down.

But “since the additional agreement between Naftogaz and Gazprom is expiring on June 30, and the terms of further Russian gas deliveries to Ukraine were not agreed at today’s trilateral talks in Vienna, Naftogaz is suspending purchases from the Russian company,” the Ukrainian firm said in a statement.

The surprising decision marks the second time in less than a year that Russian fuel supplies have stopped running to its westward-leaning former Soviet neighbour.

Moscow dramatically hiked the price it charges Ukraine in the wake of the February 2014 ouster of Kremlin-backed leader Viktor Yanukovych.

The European Union — mindful of the repeated price battles because Russia supplies its 28 member nations with about a third of their natural gas needs — has since been able to broker a series of agreements that need to renewed every three months.

Ukraine has actually received more gas via pipelines running through Slovakia than those coming from Russia in the first three weeks of June.

“The Ukrainian side said it was not satisfied with the price discount being offered by the Russian Federation,” Moscow’s state-run RIA Novosti news agency quoted Novak as saying in the Austrian capital.

Russia employs complex pricing formulas that vary from country to country and are loosely tied to the global price of oil.

The opaque system is being challenged both by Brussels and a growing list of EU state gas firms.

But the Kremlin denies wielding energy as a political weapon against countries — particularly those overseen by Moscow during the Cold War — that try to shake off their dependence on Russia and build closer links with the West.

Russia had earlier offered to keep the price it charges Ukraine through the end of September at $247.18 per thousand cubic metres (35,315 cubic feet) of gas.

That figure represents a $40 discount from the price Russia had the right to set under the terms of a prior agreement.

But Novak accused Ukraine “of announcing that it wants a discount of at least 30 percent from the price agreed to in the contract.”

His figure suggests that Ukraine was asking for the price to be lowered by about $86 per thousand cubic metres — more than double the $40 Moscow had submitted at the talks.

The Ukrainian statement said Kiev was actually seeking to secure a deal that would keep the price stable through the end of March 2016.

“We have agreed that the Commission will put forward ideas to prepare next steps so that the next consultation could take place,” European Commission Vice President Maros Sefcovic said in a statement.

Europe receives more than 40 percent of its gas from Russia via Ukraine.

But it has also increasingly unsettled the Kremlin — accused by Kiev and its Western allies of stirring up Ukraine’s bloody eastern separatist conflict in order to weaken its neighbour and eventually force it to shift back into Russia’s sphere of influence.

Gazprom had threatened to halt Ukrainian gas flows entirely when its current contract expires 2019. The state behemoth hopes to send its supplies through a new pipeline now under negotiation with Turkey.

Yet Moscow’s position has been weakened by the sharp drop in global energy prices and Ukraine-linked Western sanctions that have pushed it into recession for the first time in six years.

Gazprom chief Alexei Miller conceded that gas deliveries to EU nations via Ukraine were unlikely to stop any time soon.

“We never said that we were unwilling to negotiate a (new) Ukrainian transit contract,” Miller said on Friday.