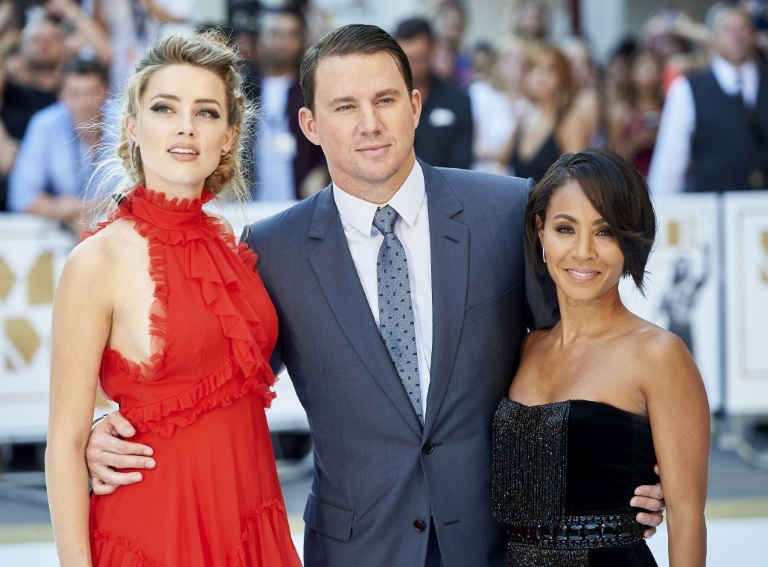 Sexy strippers with rippling six-packs are front and center once more in “Magic Mike XXL,” with Channing Tatum again starring in the more light-hearted sequel to the 2012 original.

Movie review website Rotten Tomatoes gave the film — out Wednesday in the United States and around the globe later this week — a middling 65 percent approval rating by critics.

But it said: “‘Magic Mike XXL’ has enough narrative thrust and beefy charm to deliver another helping of well-oiled entertainment, even if this sequel isn’t quite as pleasurable as its predecessor.”

The first “Magic Mike” film by director Steven Soderbergh was a surprise hit, making $167 million worldwide on a $7 million budget, becoming the most profitable dance movie in history.

The film paradoxically helped break the reputation of Matthew McConaughey as rom-com king, showing him able to explore more serious roles. He went on to win an Oscar for “Dallas Buyers Club” in 2014.

The movie, aimed squarely at a female audience, meanwhile turned Tatum — who worked in strip-tease before becoming an actor — into an international sex symbol.

“The first film — it’s an establishing of the world. This is not just a ‘ha ha stripper’ movie. This is real life for real people, this is a city (with an) underbelly. This is dangerous,” said Tatum.

“And the second movie — we’ve proven the concept, and now you can have fun… and give people the meal they expected in the first one,” he told reporters in Beverly Hills, ahead of the film’s release.

A predecessor of the film was “The Full Monty”, which was also set against a socially realistic background — in that case, industrial decline in Britain that left thousands out of work.

The social backdrop is deliberately missing in “Magic Mike XXL”, whose plot is as lightweight as its tone: the guys are on a road trip to a stripper convention.

Mike (Tatum) meanwhile wants to forget his divorce by getting back on stage with his buddies, and flirting with a pretty young photographer (played by Amber Heard).

In place of MC Dallas, played by McConaughey in the original, we find Jada Pinkett-Smith in the role of Rome, the owner of a chain of striptease clubs for women.

She calls her clients “queens” and promises that her “private dancers” will treat them as such.

For Rome, the world of eroticism and sensuality is “almost a religious experience,” said Pinkett-Smith.

“It was an eye-opening experience for me, just about the nature of sexuality and women’s response to her raw sexual nature,” she said.

Critics are divided on the movie. The New York Post’s reviewer said the movie “has a plot skimpier than the jockstraps worn by its male strippers with hearts of gold. But not to worry.

“The dance routines are so hilariously spectacular — and the film is such good-naturedly inclusive fun — that you may not miss the absence of anything resembling dramatic conflict in what’s close to a feature-length concert film.”

But the Fort Worth Star-Telegram’s critic said bluntly: “Delivered with all the subtlety of a crotch to the face, ‘Magic Mike XXL’ is one of the most cynical, shallow sequels in recent memory.”