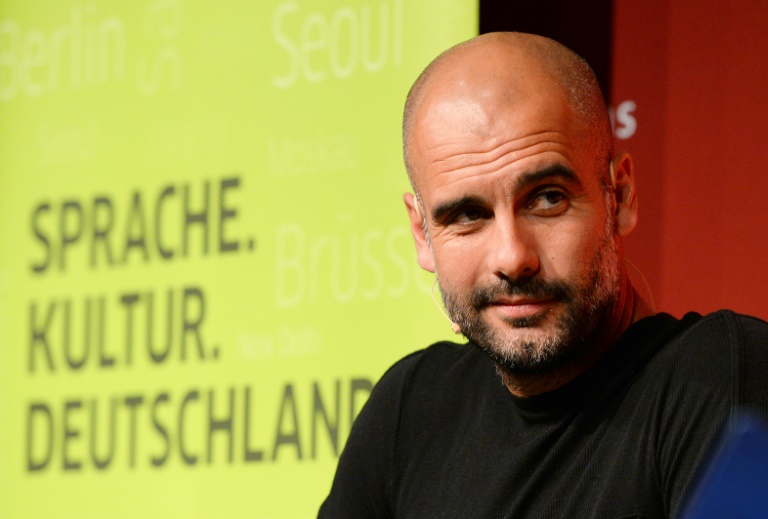 Bayern Munich begin their pre-season preparations on Wednesday with Pep Guardiola planning some poetic licence to kick off their bid to win an historic fourth straight German league title.

Guardiola planned to take part in a public event on Tuesday in Munich to read love poetry by the Catalan composer Marti i Pol in an event entitled “The Poet and the Playmaker”.

And the 44-year-old Bayern boss will want to see plenty of creativity on the pitch when his team gets down to training.

The previous campaign is fresh in the memory, but Guardiola’s Bayern start their pre-season with the goal of becoming the first team to win the German league title four times in a row.

Having won the Bundesliga in both of his two seasons in charge, the head coach begins the third — and final — season of his contract also aiming to steer the title-hungry Bavarians to the Champions League title having only reached the semi-finals in the previous two seasons.

The southern Germans are desperate to repeat their treble of Champions League, Bundesliga and German Cup titles from the 2013 season.

And Bayern chairman Karl-Heinz Rummenigge has made no secret of his desire to see Guardiola extend his stay, especially after the Spaniard was heavily linked to Manchester City to replace Manuel Pellegrini as head coach.

The likes of captain Philipp Lahm, Xabi Alonso, Javi Martinez and Thiago Alcantara will report for training on Wednesday morning.

Guardiola will be minus his Germany internationals, who are only set to return from holiday before the team is officially presented on July 11, the day before they play a tournament in Borussia Moenchengladbach with Hamburg and Augsburg also taking part.

The squad needs to be finalised with Germany captain Bastian Schweinsteiger having been linked to Manchester United with a year left on his contract, but the 30-year-old recently said he wants to help Bayern return to their previous glories.

“We have been German champions three times in succession and I believe no team has managed to do it four times — that is our motivation,” said Schweinsteiger.

Bayern are also reported to be negotiating with Shakhtar Donetsk to bring Brazilian forward Douglas Costa to Munich, for around 30 million euros, as a possible replacement for Franck Ribery, who remains blighted by an ankle injury.

Guardiola will also be without knee-injury victim Holger Badstuber, but welcomes back Dutch winger Arjen Robben and David Alaba, who both missed most of the second half of the season with injury.

Additions to the squad include Danish international Pierre-Emile Hojbjerg, back from a loan spell at Augsburg, plus new signings Joshua Kimmich, a Germany Under-21 midfielder, and goalkeeper Sven Ulreich.

“I am really looking forward to working with the whole team and everything new which comes with it,” said Ulreich, who will be Manuel Neuer’s understudy.

Bayern start their German league campaign on August 14 against Hamburg and face nine games in the meantime with seven friendlies, the German Super Cup final against Wolfsburg on August 1 and the German Cup first round against minnows FC Noettingen the weekend before.