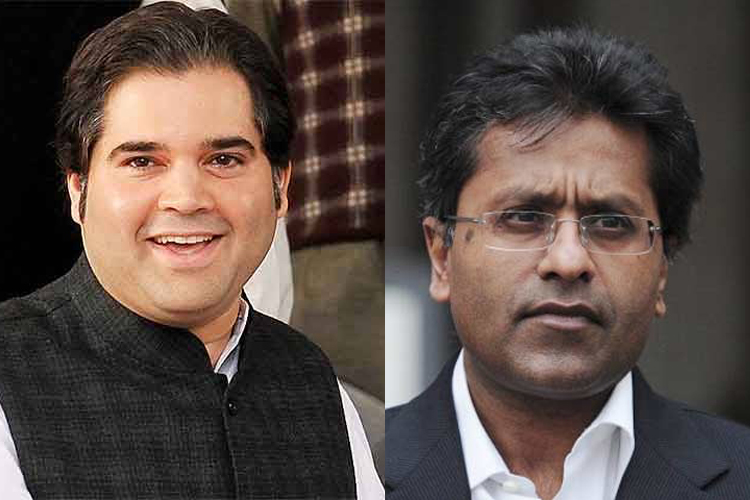 New Delhi: The LalitGate is picking up momentum and how. After denting the image of the Bharatiya Janata Party, the Congress in under the radar. Another BJP leader locked down in soup when former IPL commissioner Lalit Modi alleged that BJP leader Varun Gandhi had offered to get Sonia to help him in lieu of 60 million dollars.

Via micro-blogging site, in a series of tweets, Lalit Modi said, “Mr. Varun Gandhi came to see me at my house a few years ago and said he can settle everything in @INCIndia with with his aunt. He wanted me to meet her sister from Italy. I heard him next I heard from our common friend who introduced us that auntie wants 60 million dollars. Told them whaaaat are u nuts go HKG a kite. Can he deny that. I hope he does.”

Asking Varun Gandhi to clarify, Modi tweeted, “Did u or did u not come to my house in london. Whilst staying at the Ritz hotel in lon a few years ago – the auntie he refers to is #soniagandhi. The sister is #soniagandhi sister – just for clarity.” 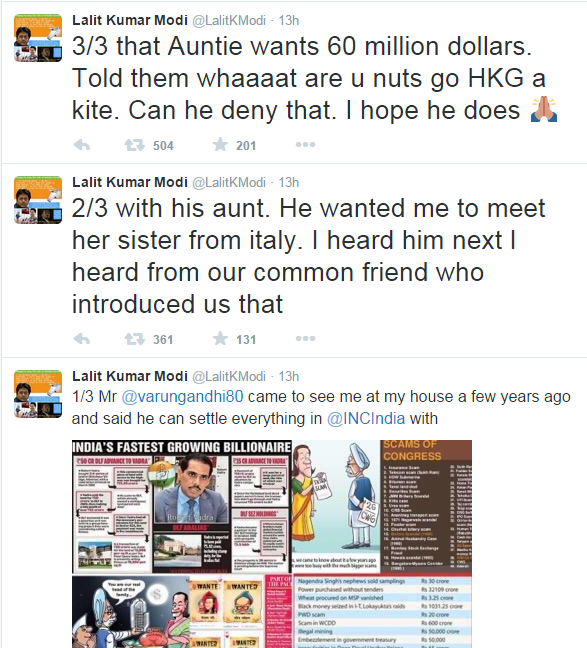 He further added, “Please Mr. Varun Gandhi – let the world know what you told about what auntie wants – witness is our good friend world renowned astrologer.â€