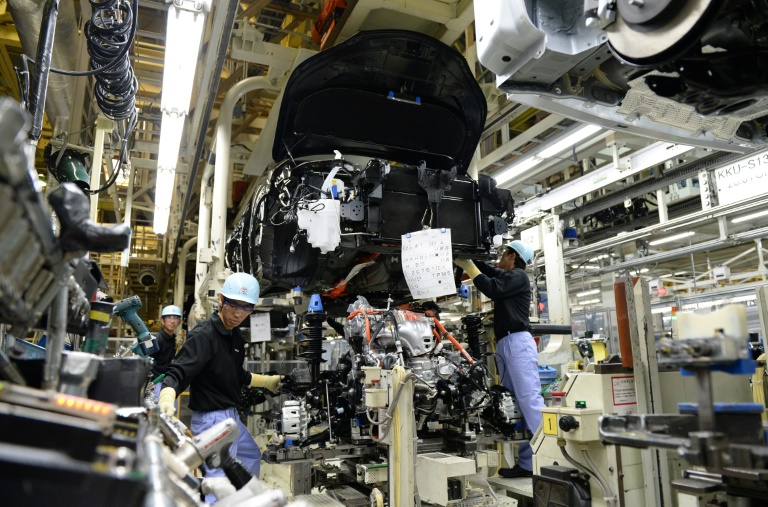 Confidence among major Japanese manufacturers increased in the three months to June, beating expectations to rise to its highest level in more than a year, a Bank of Japan survey showed Wednesday.

The central bank’s closely-watched quarterly Tankan report showed the confidence index stood at plus 15 in June, up from plus 12 for the two previous surveys.

The reading beat economists’ median forecast that the index would stay flat at plus 12 and marked the highest level since a plus 17 reading in the March 2014 survey, just before the government raised the nation’s sales tax.

That levy hike, the first in 17 years, slammed the brakes on consumer spending, helping send the world’s third-largest economy into a brief recession.

Confidence among major non-manufacturers improved to plus 23 from plus 19 in the previous quarter.

The latest BoJ report could be a boon for Prime Minister Shinzo Abe, who has pushed pro-spending policies to get the nation out of years of deflation.

The Tankan survey of more than 10,000 companies — the most comprehensive indicator of how Japan Inc. is faring — marks the difference between the percentage of firms that are upbeat and those that see conditions as unfavourable.

“The effect of a lower yen and robust domestic demand contributed to improving indexes for manufacturing and non-manufacturing industries,” economists at SMBC Nikko Securities said.

For major manufacturing companies, higher earnings thanks to the yen’s depreciation boosted confidence in electrical machinery and many other sectors, they said in a note.

As for non-manufacturers, sentiment among retail, hotel and restaurant industries improved greatly thanks to a pick-up in consumer spending and a growing number of foreign tourists, they said.

The Tankan also showed major companies on an all-industry basis plan to boost capital expenditure by 9.3 percent from the previous year in the current fiscal year.

“Planned investments on plants and equipment are generally strong, which is likely to be a driving force in the economy this year,” the SMBC Nikko report said.

But Capital Economics cautioned the rebound in confidence cannot make up for weak activity data.

“While the Tankan rose last quarter, a range of activity data point to a contraction in GDP in Q2” after two quarters of positive growth, said Marcel Thieliant, Japan economist at Capital Economics.

Japan’s economy grew 1.0 percent in January-March after limping out of recession in the last three months of 2014.