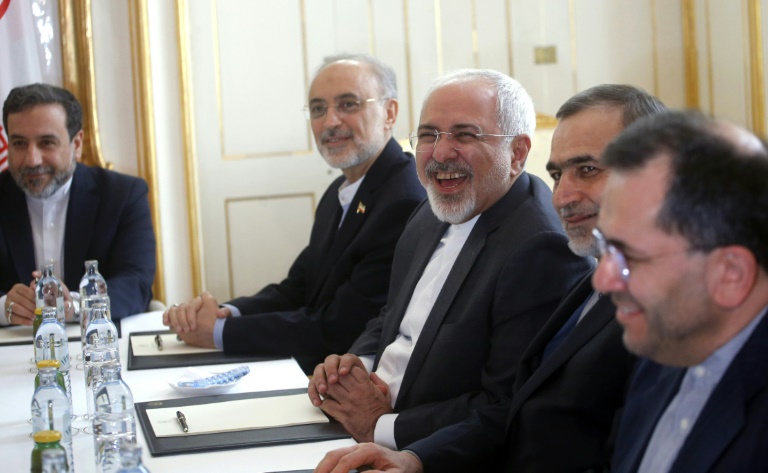 Iran and six major powers gave themselves until July 7 to clinch a historic nuclear deal after a deadline to end marathon talks passed as the clock struck Wednesday, with no breakthrough in sight.

Russian Foreign Minister Sergei Lavrov, who joined the meeting in Vienna on what was meant to be the final day of talks on Tuesday, said that after almost two years of trying, he still believed a deal to end the 13-year standoff was “within reach”.

The talks are “progressing in a positive direction. There remain questions, mostly regarding procedural issues rather than technical,” Lavrov told Russian television after meeting US Secretary of State John Kerry.

“We have all reason to believe that results are within reach,” Lavrov said.

US President Barack Obama struck a less conciliatory tone in Washington on Tuesday, reiterating that he would not hesitate to “walk away” from a deal if the conditions were not satisfactory.

Obama said Tehran would have to agree to a “strong, rigorous verification mechanism” to seal an accord, which is meant to block Iran’s path to a nuclear weapon in exchange for sanctions relief.

Earlier Tuesday Iranian Foreign Minister Mohammad Javad Zarif returned to Vienna following consultations in Tehran, a visit that had raised hopes he may be bringing instructions that would yield a breakthrough.

But after Kerry met with Zarif for almost two hours following his return, the US State Department said the P5+1 group of global powers had agreed to extend the terms of an interim agreement until July 7.

A State Department official said, however, that this did “not necessarily mean they will go until the 7th or end on the 7th”. Kerry has made no plans for when he might leave the Austrian capital.

A member of the Iranian delegation said “the negotiations will continue beyond June 30 without any precise fixed date”.

Iranian President Hassan Rouhani said a large number of sticking points had been resolved in the talks, but some remained.

“Some of these can be sorted out in the coming days if there are no excessive demands, and if one remains within the framework,” the ISNA news agency quoted him as saying.

After one-on-one talks, the top American diplomat and Zarif were joined by their teams for a broader meeting, including with nuclear experts US Energy Secretary Ernest Moniz and Iran’s nuclear chief Ali Akbar Salehi.

The two Massachusetts Institute of Technology alumni played a key role in brokering the outlines of a breakthrough accord in April in Lausanne, Switzerland.

Under the Lausanne framework, Iran agreed to substantially scale down its nuclear activities in order to make any attempt to develop nuclear weapons — an aim denied by Tehran — virtually impossible.

In return, painful sanctions that have suffocated the Iranian economy by choking its lifeblood oil exports and its ability to earn foreign currency will be progressively lifted.

But turning the 505-word joint statement drawn up in a Swiss lakeside hotel into a fully-fledged, highly technical document of several dozen pages and around five annexes has proved hard work.

Contentious issues include the pace and timing of sanctions relief, the mechanism for their “snapback” and Iran’s future development of newer, faster centrifuges.

Another thorny topic is the role of the International Atomic Energy Agency (IAEA) watchdog, whose chief Yukiya Amano met Kerry on Monday and who has been closely involved in the talks.

Under the mooted deal, it will be up to the IAEA, which already keeps close tabs on Iran’s declared nuclear sites with between four and 10 inspectors on the ground on any given day, to verify that Iran really does reduce its capacities.

But the P5+1 powers — the United States, Britain, China, France, Russia and Germany — also want the IAEA to have wider inspection rights to verify any suspicious activity that might indicate work in secret on a nuclear bomb.

This could include the IAEA visiting military bases, something that Iranian supreme leader Ayatollah Ali Khamenei last week rejected as a “red line”.

A probe into allegations of such activity — before 2003 and possibly since — has stalled, and clearing up these claims is a key condition of the six powers for a deal.