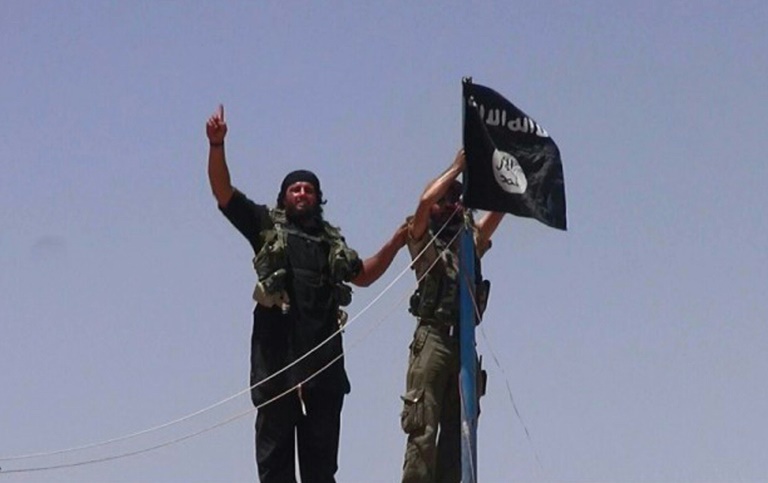 Islamic State jihadists have beheaded two women in Syria for “witchcraft and sorcery”, a monitor said on Tuesday, in the group’s first known decapitation of female civilians.

Meanwhile, IS re-entered the town of Tal Abyad on the Turkish border, seized from it by Kurdish forces two weeks ago, and took back one district, the Syrian Observatory for Human Rights added.

Rami Abdel Rahman, the Britain-based watchdog’s chief, said IS “executed two women by beheading them in Deir Ezzor province… the first time the Observatory has documented women being killed by the group in this manner”.

Each woman was killed along with her husband, after they had all been accused of “witchcraft and sorcery”, in executions on Sunday and Monday.

Abdel Rahman said the four, killed in the city of Mayadeen, appear to have been accused after the jihadists found them in possession of charms.

The use of amulets, charms and other folk religious practices is common in parts of Syria, particularly in the countryside, according to activists.

The charms are often written on a piece of paper sewn into fabric, and are intended to protect the recipient against bad luck or jealousy, or to prevent or solve other problems.

But the practice is considered heretical and a form of “witchcraft” by IS, which imposes its harsh interpretation of Islam on the areas under its control.

The group is known for its brutality, often filming acts including beheading and throwing people from buildings.

It punishes people for “crimes” including homosexuality, adultery, smoking cigarettes and spying.

According to the Observatory, IS has previously decapitated the corpses of Kurdish female fighters during battles.

And the group is reported to have stoned civilian women to death on allegations of adultery.

The Observatory says IS has executed more than 3,000 people in Syria in the year since it declared its Islamic “caliphate” in Syria and Iraq.

Nearly 1,800 of them were civilians, including 74 children.

It has also executed more than 100 of its own members, mostly on allegations of spying, and often as they were seeking to escape the group, according to the Observatory.

Meanwhile, IS fighters, who have captured around half of Syria’s territory since the group emerged in the country in 2013, Tuesday re-entered Tal Abyad. The town had been a crucial IS supply hub and stronghold for around a year before Kurdish forces expelled them.

Kurdish forces have battled IS in several areas in northern Syria along the frontier with Turkey.

The Tal Abyad campaign earlier this month prompted tens of thousands of refugees to flee across the border into Turkey, with the influx at times causing chaos.

But after YPG and rebel forces secured the town, many residents began to return home.

The Observatory also said IS hung at least 12 people from makeshift crosses on Tuesday in Deir Ezzor province as punishment for failing to fast during the Muslim month of Ramadan.

They were strung up alive with placards attached to them accusing them of breaking the Ramadan fast “with no religious justification” before eventually being taken down, still alive.

During the month, Muslims are expected to refrain from eating and drinking, as well as from sex, between sunrise and sunset.

Since the beginning of the month, at least 20 people have reportedly been punished in this way, including two minors.

In another development, the Observatory said IS had executed two women in the Deir Ezzor village of Hatla, shooting them in the head for “spying and dealing with the regime”.