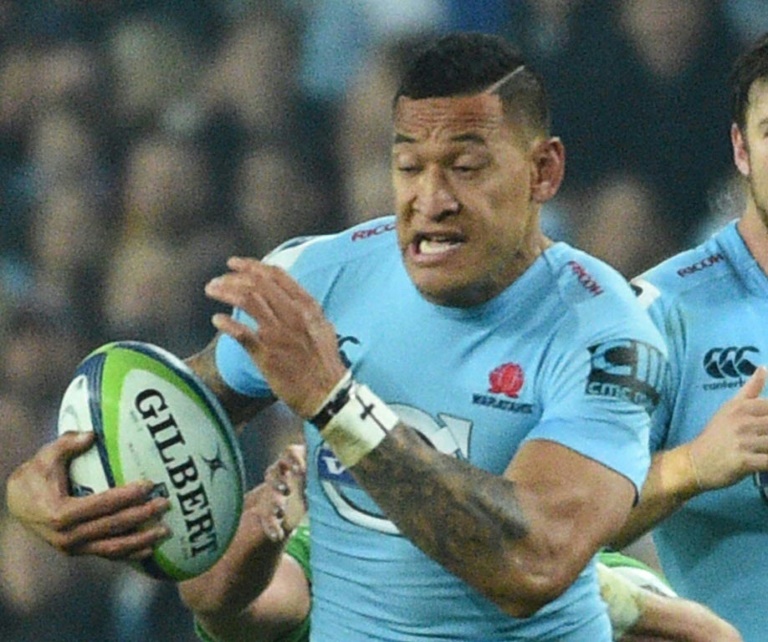 Fullback Israel Folau Wednesday signed a new three-year deal to remain with the Australian Rugby Union and NSW Waratahs until the end of 2018 in a big boost for the Wallabies.

There were fears the 26-year-old could be lured away by a cash-rich overseas club once the World Cup was over later this year, but he pledged his future to Australia.

“I’ve already had so many great moments and experiences in rugby over the past few years, but I feel like I am still just scratching the surface of what I am capable of, which is something that really excites me,” he said.

“(Wallaby coach) Michael Cheika has also created a team environment which players really want to be part of, and that for me was one of the most important things when weighing up my future.

“In the end, there is still so much I want to achieve playing rugby in Australia and am thrilled to now have my contract sorted through until the end of 2018.”

A host of players such as Adam Ashley-Cooper, former Wallaby skipper James Horwill, Will Genia and Sekope Kepu are due to leave Australia after the September-October World Cup in England for lucrative contracts.

New Zealand are facing a similar scenario, with at least 10 All Blacks so far announcing they are heading overseas at the end of the year, including Dan Carter, Ma’a Nonu and Conrad Smith.

Australian players based abroad are unable to represent their country although the eligibility rules were relaxed earlier this year to allow senior players at overseas clubs to continue playing for the Wallabies.

Now, those who have pulled on a Wallaby jersey more than 60 times and held a professional contract with Australian rugby for at least seven years can still play abroad and for their national team.