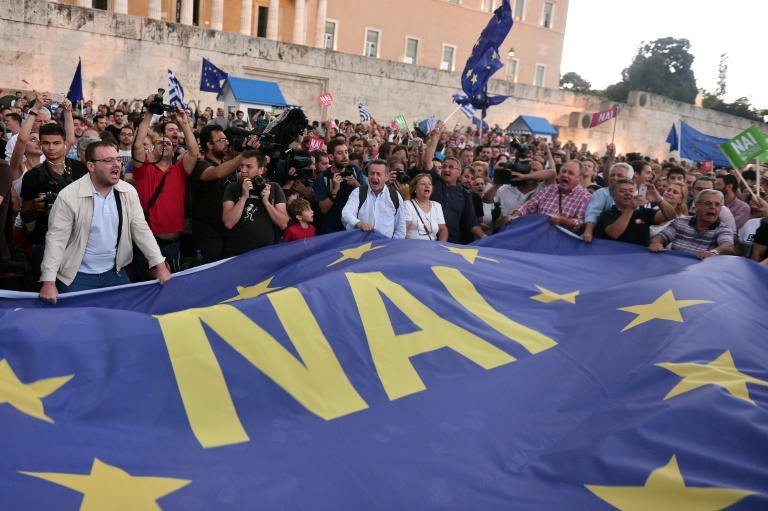 Eurozone finance ministers declined to extend Greece’s bailout Tuesday hours before its expiry and a possible IMF default but talks will continue Wednesday after Athens asked for a new aid plan, officials said.

Greek Prime Minister Alexis Tsipras requested a two-year rescue deal with the European Union to save the crisis-hit country, just hours before the European part of its EU-IMF bailout expires at 2200 GMT.

Tsipras also requested a short extension to its current bailout programme to avoid a “technical default,” with a 1.5 billion euro payment due to the International Monetary Fund imminently.

But after a conference call to discuss the last-minute proposal, EU politicians confirmed that they had not agreed to it.

Finnish Finance Minister Alex Stubb said an extension was “not possible”, adding requests for a new rescue programme with the European Stability Mechanism (ESM), the EU’s bailout vehicle, “is always dealt with through normal procedures.”

Eurogroup head Jeroen Dijsselbloem told CNN: “The political circumstance and the political stance… doesn’t seem to have changed — we are still of course awaiting the referendum.”

However Malta’s Prime Minister Joseph Muscat said that Greece had offered to suspend its planned referendum on its bailout terms if negotiations with the EU are reopened, the Times of Malta reported.

Before the Eurogroup call ended, the European Financial Stability Fund (EFSF), a body which helps support eurozone countries in difficulty, confirmed that the end of the bailout was imminent.

“It is regrettable for Greece that the EFSF programme will expire today without any follow-up arrangement and that the positive results of the programme are put at risk,” its boss Klaus Regling said in a statement.

“Due to the economic policies adopted under the EFSF programme, the country was on a good path towards strong growth until the second half of 2014.”

A Greek government source said the talks had concluded for the day and were set to resume Wednesday morning “to allow finance ministers to examine the proposals of the Greek government”.

Eurozone ministers previously rejected Greece’s request for an extension to its bailout following the Greek government’s announcement of a referendum on Sunday on reform demands by Athens’ creditors.