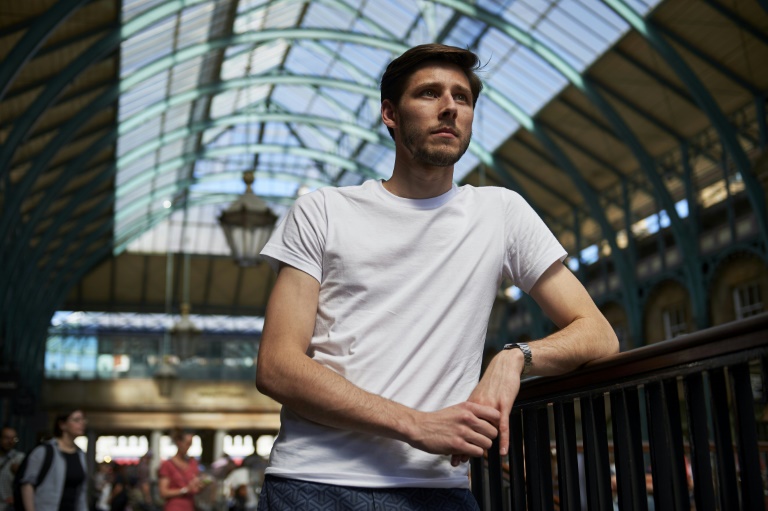 A British shoe shop worker has launched an online crowdfunding campaign to raise the money for Greece to meet its IMF debt repayment due on Tuesday, saying he just wanted to help austerity-stricken Greeks.

Thom Feeney told AFP outside his shop in London’s Covent Garden that he had been overwhelmed by the response and the messages of support, raising 209,000 euros ($233,000) by 1600 GMT after just two days.

More than 13,000 people donated to the “Greek Bailout Fund” project, and a rush of visitors due to “overwhelming worldwide interest” caused the fundraising website IndieGoGo to crash, the site said.

But it was still a long way from the final target of 1.6 billion euros that Greece needs to make its debt payment.

“Watching politicians going round in circles and dithering somewhat with making a decision on Greece, I just thought, I think it just needs someone to step in and sort it,” said the 29-year-old, who was dressed in shorts and a T-shirt.

“I think the people of Europe can do that much quicker than the politicians can… The amount that we need per person is only 3.19 euros per citizen of the EU, so it’s just a small amount,” he said.

Feeney said it was his first attempt at crowdfunding and he spoke enthusiastically to AFP about his project, rejecting any talk of it being a joke.

The creator said he had no personal links to Greece but wanted to help Greek people in a time of hardship.

“I just thought perhaps a better way to help would be to do something immediately,” he said.

Since setting up the webpage on Sunday, Feeney said the reaction has “snowballed”, with “hundreds, if not thousands of goodwill messages” flooding in from across Europe.

Surprisingly, the bulk of donations in the first 24 hours came from Britain, which is not a eurozone member, and Germany, which has taken a hard official line on Greece’s debt repayments.

Should the project be successful, donors will receive perks ranging from a postcard of Greek Prime Minister Alexis Tsipras, a feta and olive salad or even a Greek holiday for two, depending on the size of the contribution.

Initially, there was a small Greek island on offer for anyone who stumped up the full total, but IndieGoGo asked Feeney to remove the offer as the Greek government had not agreed to it.

“I hope it can reach the total. It would be fantastic if it could,” said Feeney, from York in northern England.

“Regardless, it has made a bit of a statement that real people do care about other people across Europe.”

Under the terms of the crowdfunding site, donations will be refunded if the target is not reached within seven days.

But Feeney hopes a way can be found to put the money to good use if donors are willing.

“It would be lovely if we could find a way for people’s donations to still count and go towards something — perhaps some kind of initiative to help Greek people get into work or sell produce abroad.”