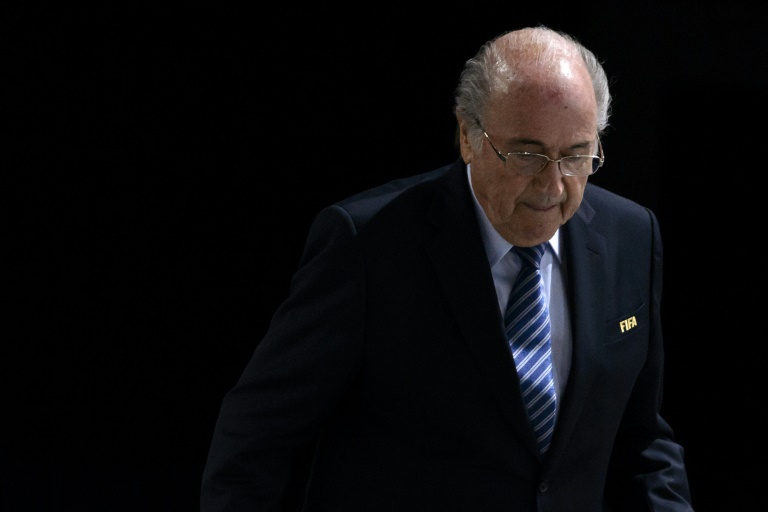 FIFA President Sepp Blatter will not attend the final of the Women’s World Cup in Canada, his US lawyer confirmed Tuesday, the first time since his election in 1998 that he has missed the climax of the showpiece event.

“Mr Blatter has informed the organizers that, for personal reasons, he will not attend the womenâ€™s World Cup finals in Canada,” attorney Richard Cullen said in comments to AFP.

A FIFA spokesperson later confirmed that Blatter, along with the football body’s Secretary General Jerome Valcke, would be skipping the event.

“Due to their current commitments in Zurich, the FIFA President and the FIFA Secretary General will remain at the FIFA Headquarters,” the spokesperson said.

Speculation over whether Blatter — the self-styled “godfather” of women’s football — would attend Sunday’s final in Vancouver has raged ever since the tournament began.

The 79-year-old announced on June 2 that he would step down from the FIFA presidency at an extraordinary congress to be held between December this year and March 2016.

That decision followed the crisis that engulfed FIFA with 18 people indicted in the United States on football-related corruption charges involving millions of dollars in bribes.

Since then, sources close to Blatter have been reported as saying he was not ruling out the prospect of going back on his decision to resign after receiving messages of support from Asian and African federations.

Blatter’s announcement that he planned to step down came just days after he had been re-elected as president.

In an interview with the BBC in May, Blatter had presented himself as a champion of women’s football.

“I consider myself a little bit as a godfather of the organisation of women’s football in Fifa,” Blatter said.

Under Blatter’s presidency, the Women’s World Cup has grown from a 16-team tournament to the current 24-team format.

However the football supremo has sometimes courted controversy in the women’s game, infamously remarking in 2004 that female players could wear tighter shorts in order to help market the sport.

Blatter was also criticized by US star Alex Morgan earlier this year, who revealed in a Time magazine interview that Blatter had failed to recognize her at the FIFA World Player of the Year Award in 2012.