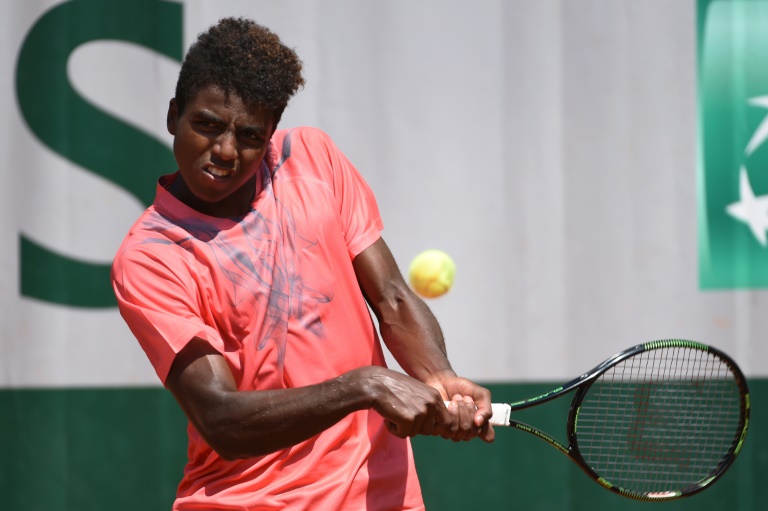 Elias Ymer hopes to follow in the footsteps of the Swedish greats who used to reign supreme at Wimbledon after the teenage starlet got his first taste of the grass-court Grand Slam.

But the 19-year-old qualifier showed enough glimpses of his potential to underline why shrewd judges like world number eight David Ferrer predict “a brilliant future” for Ymer, who carries the hopes of a nation seeking a successor to legends like Bjorn Borg and Stefan Edberg.

For two decades Sweden was a tennis superpower thanks largely to Borg, whose 11 Grand Slam titles, including five successive victories at Wimbledon, and Edberg, who claimed two Wimbledon titles among his six Grand Slams.

Edberg was the last Swedish champion at Wimbledon in 1990.

Mats Wilander also triumphed seven times at the majors. But Thomas Johansson’s 2002 Australian Open victory is the country’s only major triumph in the last 21 years.

That is where Ymer comes in.

He believes there will be a resurgence in Swedish tennis if the country can rally round a star name and he hopes to fill the void.

“Sweden was the biggest tennis country. We had Borg, he made everyone start playing tennis, and then we had many other players in the top 100,” he said.

“I think that’s the main thing. If we can have someone who makes a big impact, then maybe others will start playing and we can have more at the top again.

“Two years ago when I was playing in the juniors here I lost in the first round.

“Then two years later I’m playing in the main draw so I think that’s progress.”

Ymer is the youngest player to win a match for Sweden in the Davis Cup since Wilander in 1982 and his climb to 133rd has already made him the Swedish number one.

Asked how he copes with the pressure of being his country’s brightest hope, Ymer said the relaxed nature of Swedes should aid his development.

“I think it’s pretty ok because in Sweden it’s cool. It is normal,” he said.

“If I compare to the guys in Britain, or the guys from Australia that I speak to, they have a lot more attention on them.”

Ymer’s rise owes much to his parents, who moved to Sweden over twenty years ago from Ethiopia to escape the war there.

His father, a former professional marathon runner, became a fan of tennis after watching Michael Chang and introduced Ymer to the sport when his son was four.

“My dad loved Chang. I was too young to see him play, but I was watching Djokovic, Nadal and Agassi, all those guys,” he said.

Ymer, also part of former Swedish player Magnus Norman’s academy, revealed is yet to meet the greats of previous generations.

“I haven’t spoken to people like Borg. It’s not like I can just call them up,” he said.

Despite his loss to Karlovic, Ymer insisted the match was a valuable step on his journey to the top.

“I’ve never seen a serve like it,” he said. “Next time I’m playing a match at least I will be able to return one!”