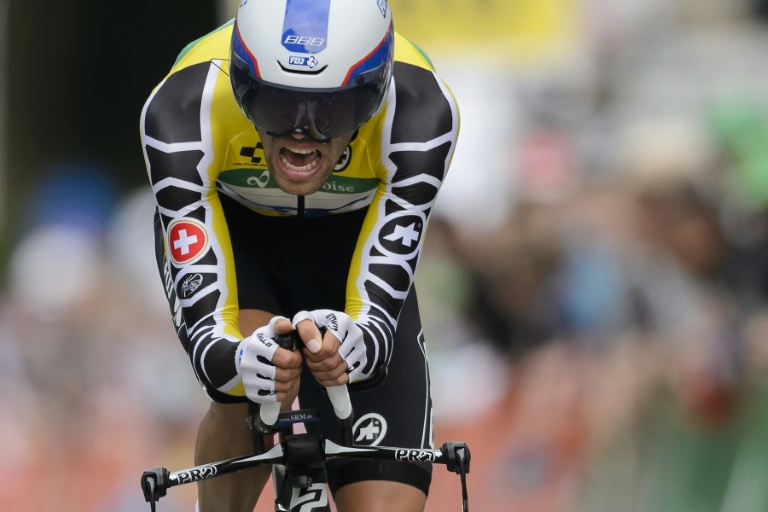 It is 30 years since a Frenchman won the Tour de France but in Thibaut Pinot and Romain Bardet, home hopes are steadily growing.

It was 1985 when Bernard Hinault won his fifth Tour title as Frenchmen claimed nine out of 11 Tours since Belgian great Eddy Merckx stormed to the last of his five crowns in 1974.

Little would the hosts know back then that they would embark on a drought that would eclipse anything they’d seen before.

Even taking into account the war years when the Tour wasn’t even held, France had never had to wait more than 12 years and seven editions to see a home favourite win the race.

But now they have even had to suffer the ignominy of seeing their cross-channel cousins Britain, despite never having had a significant cycling tradition, come to the fore, winning the 2012 and 2013 editions before hosting perhaps the most successful start to a Grand Boucle ever in Yorkshire last year.

But last year was a revelation for the French as Jean-Christophe Peraud finished second behind Vincenzo Nibali while Pinot completed the podium and Bardet took sixth.

At 38 years of age, Peraud has likely already experienced his greatest days riding the Tour but Pinot, 25, and Bardet, 24, have the world at their feet.

Over the next five years you would expect them to develop and improve while the likes of Alberto Contador, 32, Chris Froome and Nibali, both 30, could soon be coming to the end of their careers.

This year it might be a bit much to expect either Pinot or Bardet to actually win the event, not least because of the presence of the fantastic four — with Nairo Quintana added to the three stars previously mentioned.

Pinot and Bardet were first and second in the young rider category last year and are both talented climbers, although each needs to improve his time-trialling significantly if they are to truly challenge.

This year’s race suits them greatly as there is only one individual race against the clock and at 13.3km it is a short one at that.

The many and significant mountain stages will see both in his element, and as they’ve both won important mountain stages already this year — Pinot at the Tours of Romandie and Switzerland, Bardet at the Criterium du Dauphine — they can be expected to shine once the roads start going upwards.

It won’t just be about those two, though, for the French challenge.

The hosts will expect to win stages and see their riders making themselves visible.

In Nacer Bouhanni and Arnaud Demare they have two strong sprinters while Tony Gallopin is a puncher who is dangerous on rolling terrain that favours either a late solo or small group breakaway.

There is the ever present Thomas Voeckler, although his days of stage wins are maybe behind him, while Pierre Rolland is capable of winning a mountain stage.

Then there is 23-year-old Warren Barguil, who many believe is more talented than both Pinot and Bardet, although since his two stage wins on the 2013 Vuelta a Espana, he seems to have stalled a touch.

If he doesn’t shine in the mountains, then it could be Julian Alaphilippe on the stages that resemble one-day classics.

Alaphilippe, also 23, was second at both La Fleche Wallonne and Liege-Bastogne-Liege earlier this year, as well as the Tour of California.

His strong sprint on punchy steep climbs to the finish mean he will be a threat at both the third and eighth stages with their respective finishes on the Murs (walls) de Huy and Bretagne.

It all bodes for an exciting time and great expectations, even if, for the moment, an overall victory is likely beyond the French.

But seeing either Pinot or Bardet on the podium in Paris is definitely a realistic dream.