Wimbledon set for heat breaks – but only for women | Newsmobile
Wednesday, August 10, 2022

Home Sports Wimbledon set for heat breaks – but only for women 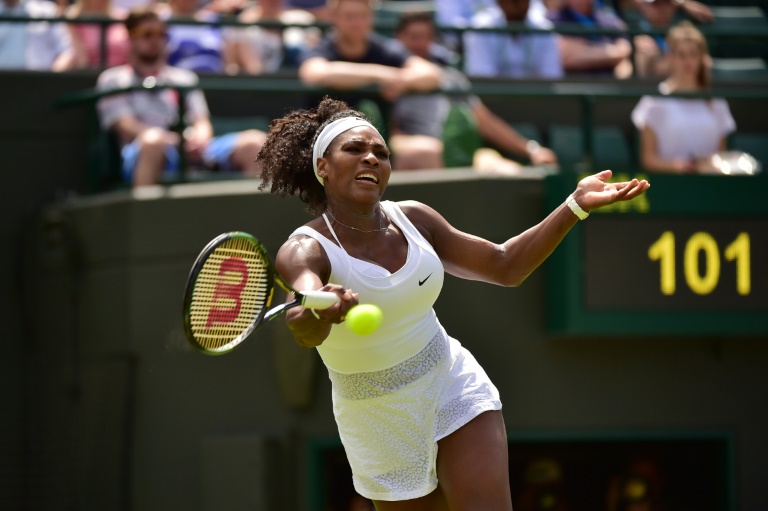 Wimbledon, long associated with depressing rain delays, will introduce emergency playing rules on Wednesday when temperatures are expected to reach the mid-30s, the highest ever for the tournament.

Organisers say a heat rule, which allows for a 10-minute break between the second and third sets of women’s matches, can be used when temperatures rise above 30.1 degrees Celsius (86.2 degrees Fahrenheit).

However, the rule which has been adopted by Wimbledon after lobbying from the WTA, does not apply to men even though they have to slug it out over the best of five sets.

Tuesday’s heat was expected to hover around the 30C mark, but will surge to around 35C on Wednesday. The highest-ever temperature recorded at Wimbledon was 34C in 1976.

Despite the heat, All England Club chiefs said that the Centre Court roof would not be closed to preserve the tournament’s integrity as an outdoor event.

Two-time Wimbledon champion Rafael Nadal said he enjoyed the heat after comfortably reaching the second round with a 6-4, 6-2, 6-4 win over Brazil’s Thomaz Bellucci on Tuesday.

“In Australia it can be much, much worse so it’s no comparison but actually it’s beautiful,” said the Spaniard.

“When you have this weather here in Wimbledon it’s probably one of the best places in the world.”

Roger Federer, the seven-time champion, said he was more concerned about the effect the heat had on the thousands of spectators inside the grounds of the south-west London venue.

“I think if they make a heat rule, it’s almost for everybody around us, as well,” said the 33-year-old Swiss after beating Damir Dzumhur of Bosnia in just 67 minutes on Tuesday.

“Eventually it’s not comfortable sitting eight hours in that kind of a heat for everybody. For us it’s just an hour two, three, four max, I’d say. Today was perfect conditions.”

Echoing Federer’s concerns, Wimbledon officials decided to cut the capacity of the All England Club on Tuesday.

“We have reduced today’s initial capacity slightly to 38,000 to allow people more room in the grounds and therefore more space in the shade and easier access to the free water points,” said a spokesman.

Maria Sharapova, the highest earner in women’s sport and the 2004 champion at Wimbledon, said it was wrong to describe the heat index rule being invoked only for women as sexist, but admitted the men too should be allowed the same courtesy.

“I think if it’s something that they’re concerned about it, they can reevaluate,” said the Russian.

“If it does get quite hot for us, we’re able to use it, then why not?”

Women’s world number one Serena Williams, who like Sharapova is scheduled to play on Wednesday in the second round, said the heat would not concern her as she regularly trains in temperatures of over 40C at her Florida home.

“I don’t think I’ve ever played in 34, 35 degrees here, but I do in other countries. I just was training in Florida — it was like 42 degrees. This will be okay,” said the American, a five-time champion at Wimbledon.

In a country often overly fixed on day-to-day climate fluctuations, there is a mass of data reflecting the tournament’s highs and lows.

Only five Wimbledon tournaments have seen no rain whatsoever, the most recent of which was in 1993.

Spectators more accustomed to a wet and cooler Wimbledon can rest easy with rain expected on Thursday with temperatures expected to drop by around 10 degrees Celsius.