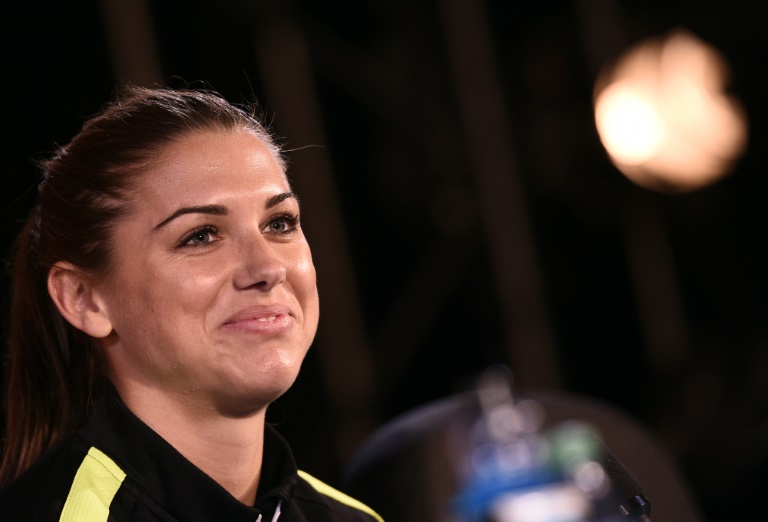 US striker Alex Morgan described Tuesday’s semi-final clash against Germany at the Women’s World Cup as “almost like a final.”

“It’s the number one and the number two team (in the world). It’s almost like a final in itself,” said 25-year-old Morgan.

“Germany have had a great run in this tournament, we’ve done pretty good as well and have been continuing to get better and better.

“It’s going to be a great game for the fans. We’ve been watching Germany this tournament a lot knowing that we could well meet them in the semi-final and the day has come, tomorrow, and we’ll be ready.”

Germany coach Silvia Neid warned that they would not be relinquishing their status as the world’s number one women’s team yet.

Germany advanced to the semi-finals by beating France 5-4 on penalties, after playing 1-1 over 120 minutes.

“We had a little trouble getting into the match against France,” said Neid. “We want to do better, want to be more agile, be braver, we just want to leave a good impression.”

“After the 120 minutes against France everybody was really tired,” said forward Alexandra Popp.

“We needed to regenerate, now we’re ready to go.”

US coach Jill Ellis said the “Stars and Stripes” were ready for a battle.

“It’s going to be a physical battle on the ground and in the air. It has been a good test for our players to come through against Nigeria and Sweden and teams like this to be prepared for tomorrow.”

Germany are a “tremendous team,” Ellis continued, adding: “I’m still ambitious enough to think our best game is ahead of us.”