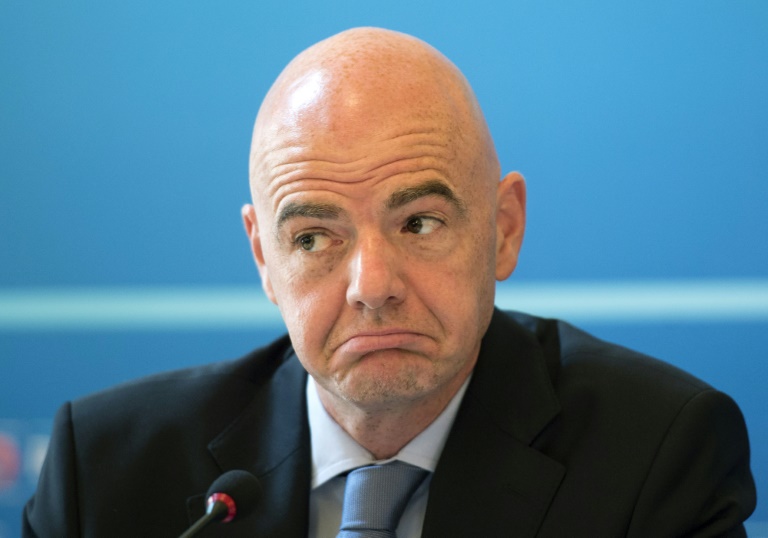 UEFA said Tuesday it was shocked by reports that Italian second division games had been fixed for 100,000 euros.

UEFA general secretary Gianni Infantino reacted after the president of Serie B club Catania reportedly admitted to buying the results of five matches in the past season.

“We are of course sad to learn what is happening. We are worried that a second division club can fix five matches paying 100,000 ($112,000) euros per match,” Infantino told a press conference.

“We are worried about the situation and in general and that is why we are fighting against it.

Italian police have arrested five people, including Catania president Antonio Pulvirenti, over the latest match-fixing scandal to rock Italian football. Pulvirenti made his confession on Monday, according to Gazzetta dello Sport newspaper.

“Unfortunately we are dealing with criminal organisations,” Infantino said of the Italian case.

UEFA is now using a sophisticated data collection system to monitor all first and second division games in Europe. There are also anti-fraud officers in each of UEFA’s 54 members.

The Pireaus team’s owner Evangelos Marinakis has been banned from all football activities while a Greek judge looks into allegations that the shipping tycoon was part of a criminal gang that fixed Greek Super League matches between 2011 and 2013.

Infantino said that Olympiakos has been “provisionally” accepted for next season’s Champions League while the investigation goes ahead.

“These kind of investigations can take some time. We need some clear evidence.”

Infantino said that in general, UEFA “cannot start taping phone calls or going to check bank accounts or whatever”.

“For this we need the help of the prosecutors.”