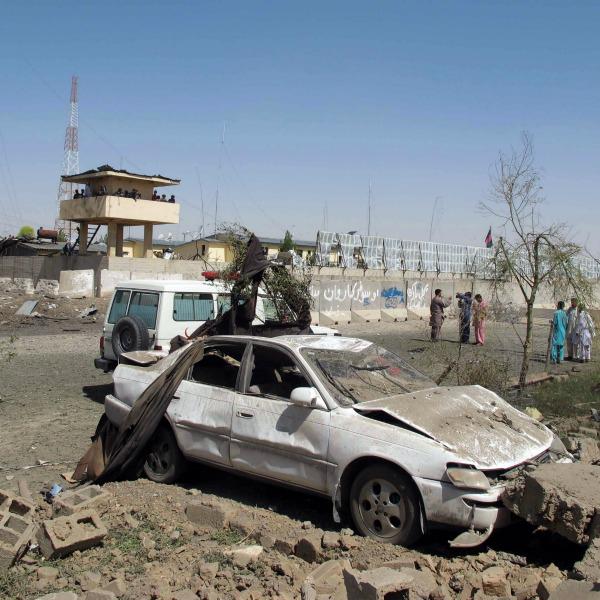 Kabul: Afghanistan has been violated again. In yet another incident, a Taliban suicide bomber targeted a convoy of NATO troops on the road between Kabul’s airport and the US embassy on Tuesday.

This explosion killed at least four people and injured 40 others.

In front of Qazi Plaza, a shopping centre, on the road leading to Hamid Karzai International Airport, there was an explosion, after which it has been shut. Witnesses claim they saw damaged NATO military vehicles.

“It was a suicide truck bomber detonating his vehicle at the gate of police headquarters,” provincial police spokesman Farid Ahmad Obaid said.Â “Our initial reports show 40 wounded, two killed,” he said, adding that all of the casualties were civilians.Â

Provincial spokesman Omar Zhwak confirmed the attack.Â “The blast was very powerful. Most of the wounded people are civilians who were hit by broken glass inside their homes,” he said.

It seems that at least four people have died and 19 people, including three women and three children, have been injured.

According to sources, the Taliban claimed responsibility for the suicide bombing.

So powerful was the explosion that it rattled windows in the capital’s heavily guarded diplomatic enclave.